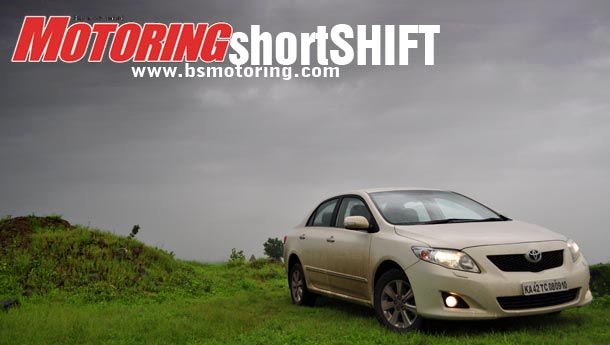 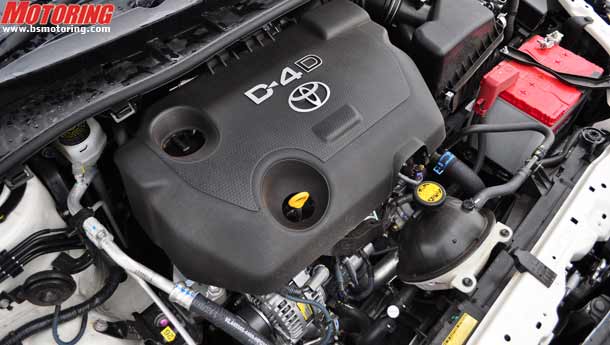 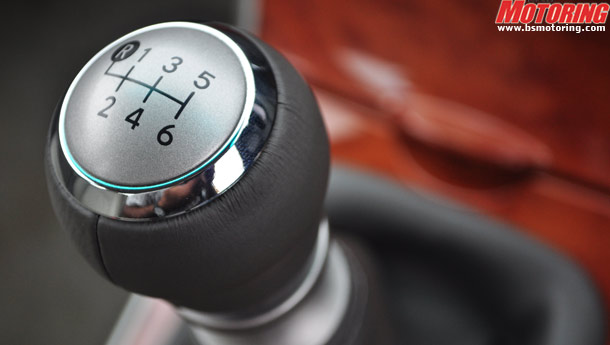 One of the questions we often get asked in our Which Car section is “When is Toyota going to launch a diesel version of the Corolla?”. Many people write in, expressing their eagerness to buy into the Toyota brand name, for the prestige and reliability the name represents, but these letters often end on a note of disappointment, due to the fact that Toyota doesn’t have a diesel sedan in its portfolio — or at least they didn’t, until now. Toyota has finally bitten the diesel bullet and rolled out the Corolla Altis diesel, and about time too. The competition, in the form of the Chevrolet Cruze, Skoda Laura and Volkswagen Jetta, has been doing healthy numbers in the diesel sedan market. The erstwhile segment king, the (petrol) Honda Civic, has slipped behind the Altis, a fact that the folks at Toyota must be very pleased about — and what better move to make when you’re on a winning note than to throw a diesel engine into the mix? It’s probably not an exaggeration to say that the launch of the diesel-powered Altis is a landmark event, with the potential to cause a major shake-up in the executive sedan segment. Will this mean the end of all those diesel-Toyota Which Car questions? Will the car live up to the huge expectations that have been building up well before its launch, simply because it’s a Toyota? Let’s find out.

The meat of the matter first — the new oil-burning powerplant. I have to admit that it was rather strange to fire up a Corolla and hear anything but a butter smooth, petrol engine note.   Having said that, there’s no doubt that this engine is one of the quieter diesels around — at start up, there’s the expected clatter, but once it’s warmed up and you’ve reached cruising speeds, it’s fairly silent and vibe-free. Toyota has evidently gone to great lengths to insulate the cabin from the outside world, adding extra layers to the engine firewall, the floor and even the rear wheel-arches — at 120 kph on the highway, especially in the back seat, it’s a pretty noise-free environment. For those with chauffeurs (and most buyers of this car will have one), the rear, with its comfortable, supportive seats and excellent legroom, will be the best seat in the house.

If you like to drive yourself, however, and especially if you’ve just test-driven a Chevrolet Cruze or Skoda Laura during the decision making process, be prepared to be slightly underwhelmed — the 1364cc engine isn’t the hottest unit around. The 4-cylinder, 8-valve, common rail diesel puts out 87 bhp@3800 rpm and 20.9 kgm@1800-2000 rpm and, even though it has a variable-vane turbocharger, it falls short on the numbers and performance front when compared to its competition. The Chevrolet Cruze, for example, has a 2-litre, 16-valve diesel engine that puts out almost 150 bhp and 33 kgm, and it hits 100 kph in 9.7 seconds. The Altis does 0-60 kph in 5.6 seconds and hits the tonne in 15 seconds — you do the math, to use a cliché. The Altis also suffers from significant turbo lag, which affects performance further – let the revs drop below 2000 rpm and you’re going to have to drop a gear in order to get moving again at a reasonable pace. Otherwise, the turbocharger takes a while to get its act together, and if you attempt to go from about 40 kph to 100 kph at under 2000 rpm, it takes an age.   Keep it on the boil, take the revs past 2000 pm and the news gets better. You’ll feel a distinct surge in power at this point, and the engine pulls nicely to just past 4000 pm. The trick now is to use the gearbox to keep the engine in this powerband and make optimum use of the engine’s torque, which allows good driveability in city conditions and an even better driving experience on the highway. In this regard, the ace that the Altis conceals in its sleeve is its 6-speed manual gearbox, a segment first (the competition makes do with 5-speed manual gearboxes). With the ratios being packed closer together, you have access to the ideal ratio for most speeds, and it also means that the 5th and 6th cogs function like two overdrives, leading to better fuel efficiency because of the engine revs being kept down even at higher speeds. Toyota has added spoilers under the front bumper for improved aerodynamic efficiency, and they claim an ARAI-certified figure of 21.43 kpl. Even if you discount that claim, there is little doubt that getting a consistent 15-16 kpl out of this car should not be a problem, and that’s impressive enough.   The rest of the car is the Altis we all know. Apart from a new grille to differentiate it from its petrol cousin, there are no significant cosmetic changes in the car. Ride quality, especially at the back, remains superb, despite the springs and dampers having been stiffened in order to compensate for the heavier engine. The soft suspension means that you’ll have to look elsewhere for a slick handler, although high speed stability is faultless and the steering is accurate without being razor sharp. The interior, while not as appealing as the Honda Civic’s cabin, remains a comfortable, well-built, quality affair. The knockout punch comes in the form of the car’s pricing — at Rs 10.95 lakh for the base model (ex-showroom Delhi), the Altis undercuts the Chevrolet Cruze, the Skoda Laura and the Volkswagen Jetta by Rs 57,000, Rs 2.91 lakh and a whopping Rs 4.97 lakh respectively. The competition may have the drop on the Altis in terms of engine size and power output but, given its brilliant track record with its other diesel offerings like the Qualis, Innova and Fortuner, don’t be surprised if it’s Toyota who laughs all the way to the bank.