Increased acceptance of the Camry Hybrid has seen sales of Toyota Camry jump by a massive 46 per cent in fiscal 2015-16, as against the figure for the previous financial year. 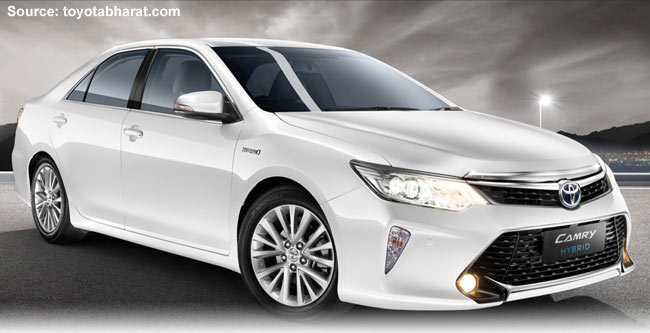 Toyota India has attributed more than 90 per cent this growth to the increasing acceptance of the hybrid model in India.

“The success of Camry hybrid indicates the willingness of the market to accept alternative fuel technology like hybrid which not only benefits the environment but also conserves fuel,” said N. Raja, director and senior vice-president, sales and marketing, Toyota Kirlsokar Motors. “We would like to thank the government who has encouraged our efforts to promote hybrid technology in India.”

The VAT reduction by the Delhi government in its recent budget would give further impetus to the growth of hybrid vehicles in India, he added. “A reduction in import duty will further encourage manufacturers to import hybrid cars in India through the CBU route, which will therefore encourage more customers to consider hybrid cars as a purchase option.”

“The ban on registration of diesel vehicles in Delhi and NCR area has affected our sales the past few months and will further affect us adversely due to its continuation,” said Raja. “We are hopeful that the matter will be concluded favourably during the next hearing, considering all the data and logic presented by us to the Supreme Court.