The world's no.1 carmaker Toyota Motor Corporation is now planning a hybrid version of its flagship compact sedan Etios for the emerging markets, which might be produced in India, a report published in ET claims. Toyota's Indian subsidiary, Toyota Kirloskar Motor is currently doing a feasibility study to assemble hybrid models in India. The company that already sells the famous Prius hybrid in the country, is also considering to launch a Camry hybrid to enhance its hybrid portfolio, if the National Electric Mobility Mission Plan (NEMMP) 2020 comes into effect. 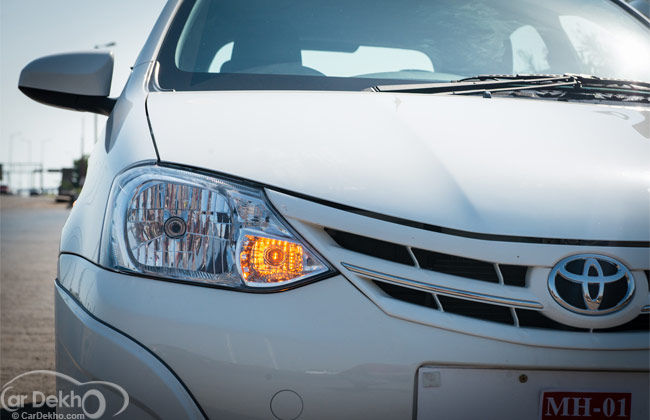 Toyota sold over 1.2 million hybrid cars in 2012 globally, which accounts for 14% of the company's overall sales, however the company has almost negligible share of hybrid cars in emerging markets like India. So, a specific solution is required for the price sensitive markets, a Toyota official said. TKM has been importing the Prius as completely built unit (CBU), paying over 100% custom duty, which makes the price of the car almost double at Rs. 28 lakh. As a result, the company could manage to sell only 170 units of the car, ever since its launch in January 2010. 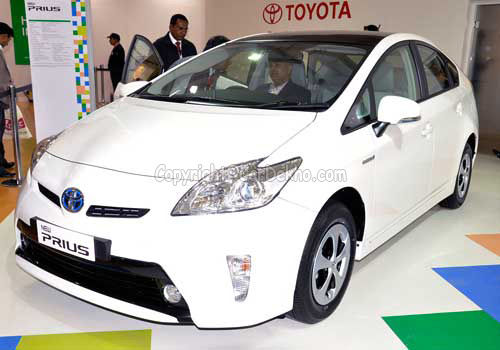 Speaking about the company's hybrid car development plans for emerging markets, Kouji Toyoshima, chief engineer, Toyota Motor Corporation said, "We need to consider hybrid version of Etios going forward or a car for the emerging market. I think the first priority is to reduce the cost of the vehicle and improve efficiency levels, so that the customers in India are willing to choose hybrids as a better affordable alternative for the future."

Hybrid vehicles are different from electric vehicles, as they are mobilized by two or more sources like engine plus motor in Toyota Prius, but there is no need of external charging, so they can be used as the conventional vehicles. Hybrid cars cost 30-50% more than conventional cars due to different taxes, but can be 50% to 100% more fuel efficient than the later. So, through NEMMP, government is expecting an investment of around 23,000 crore, while half would be spent by the govt itself. And if it happens, this will surely create a demand for hybrid vehicles in the country, along with creating national energy security aided by reducing the oil import bill.

According to ET, the government is likely to offer a minimum of Rs. 50,000 to 1.5 lakh subsidy on each hybrid car as part of the plan. And as we reported earlier, Toyota may also start assembling Prius Hybrid car in India to bring down the prices. So, if both the things happen, Toyota Hybrid cars can surely be good alternative to diesel run vehicles.

Toyota Kirloksar's DMD & COO Sandeep Singh said that the company is in conversation with the Indian govt over the subsidies need to promote hybrid technology in India. "We are conducting a feasibility study of assembling hybrid vehicles in India, but it is subject to the government support. This policy will also help us lay targets & provide a structured roadmap to achieve significant penetration of the efficient and environment friendly hybrid technology in India." he said.

Through NEMMP 2020, the govt of India aims almost 17.8% to 18.9% of the four-wheelers to be electric or hybrid in the country, taking their number to over 1.5 million.