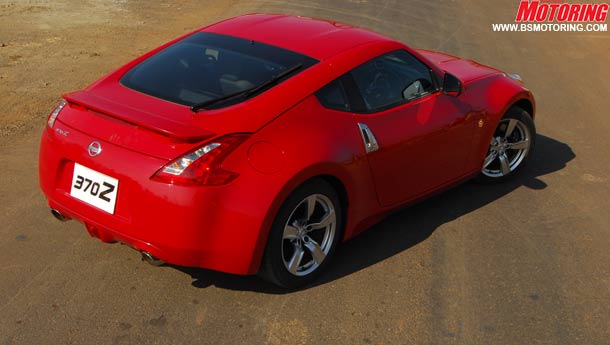 In my garage
A few weeks away from blogging meant more driving — most of it in the Skoda Laura diesel that is proving to be a comfortable, even luxurious, commuting tool. Sure it does not have the legroom of the big Superb, but slide that passenger seat forward and there is enough room for the longest of legs you can find. Ride quality is similar if not as good as the Superb, but acceleration is definitely more spirited. The Octavia and the Laura have given Indians a chance to understand European build quality and robust diesel engines. These are virtues that VW will be expecting to turn the B-segment tide towards them as they commercially release the Polo in a fortnight’s time. Do consider the 1.8-litre petrol Laura too if you are in the market for a new sedan. It is not as economical as the diesel, but that 160 bhp turbo motor mated to a six-speed manual can be quite a handful to play with.

In my mind
Last week, I answered a few distress calls from fpeople who were about to pick up Toyota Innovas and Fortuners. The reason for their worry? The recent recalls of Toyota vehicles worldwide. “It is okay to buy the Fortuner, right?” asked another friend who was told by a ‘knowledgeable’ person that it is not good to have disc brakes up front and drums at the rear — especially for SUVs. With the help of numerous examples I countered him and told him not to behave like a typical buyer in a typical developing market. The ‘recall’ word has implications — it is negative if you go by the value of the tarnished image and positive if the car maker can come clean while promising to rectify errors. Recalls have damaged the reputation of car makers for ever, but collective panic based on half-baked information is something developing economies can do without. For heaven’s sake, we want this industry to continue growing, create more jobs and bolster the economy while at it — we don’t need sliding carpets of Camrys in the US market to influence that.

Car of the week
The Nissan 370Z came and went in a jiffy and left me craving for more. The test car was red (the right colour), had a 332 bhp V6 (the right motor) connected to the rear wheels via a nice enough auto’box (or a rev-matching manual). Hey, I am not worried about the price tag either since it is meant to establish the tech-savvy image of Nissan in India — the Z is doing a fantastic job of it. If you insist, the price falls between Rs 53 and 55 lakh.

Bike of the week
I did my good deed for the month! The Yezdi Classic II that was rotting in the stilt parking of my building is now undergoing restoration at my colleague Kyle Pereira’s garage. The motorcycle belongs to a good friend who stays in the building and one day he expressed his desire to restore it — that was enough for me! Kyle got her running (after a nine-year hibernation period) in the first kick after he cleaned the points and the plug. You can’t put good motorcycles away for long. Period. I am thinking of a smart metallic red tank and panels at this moment – any ideas from Yezdi/Jawa fans out there?

Question of the week
What is the Nissan 370Z called in Japan? The Fairlady Z. The president of Nissan had attended the Broadway musical My Fair Lady in 1958. Impressed, he named the first Z — the 1961 240Z — the Fairlady Z.