2016 seems to be a great year for SUV lovers in the country. With the ever-so-increasing love for the compact SUV segment car manufacturers are cashing it in by introducing their new line ups. The year started with a bang as we witnessed Maruti Suzuki and Honda introducing the Brezza and BR-V respectively in the first half of the year. 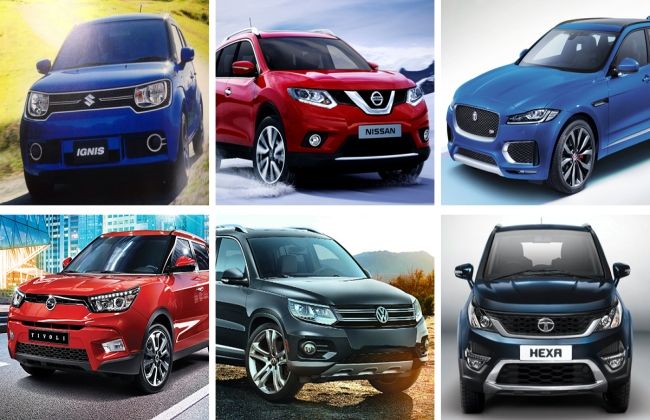 But the story doesn’t end here as we have the next half of the year still to go which also includes upcoming festival seasons as well. So before you go ahead and narrow down your favourite SUV we suggest you hold on to your horses for a while. Check out these upcoming SUVs that will hit Indian shores in the next half of 2016 and then make your buying decision.  Maruti Suzuki Ignis 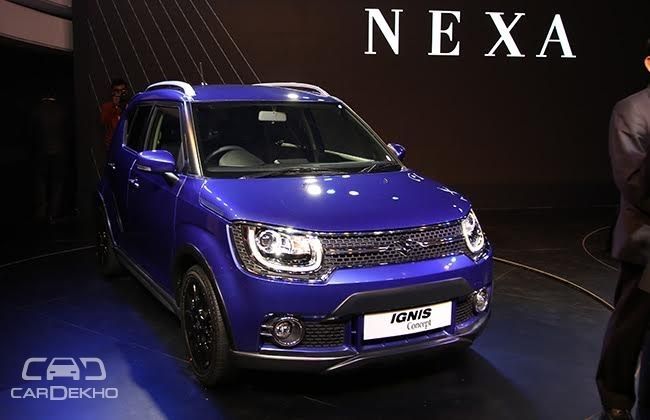 Maruti seems to have hit the sweet spot with the launch of its latest sub 4-metre SUV, the Brezza. But the bosses at India’s largest car manufacturer seems to be thinking ahead for the near future. Understanding that SUVs sell like hot cake in the market today, nothing can be better than to include another SUV in the Maruti stable. Enters the Ignis, which was also showcased at the India Auto Expo 2016. The compact SUV looks very European and we can expect the production version to be quite alike the one showcased at the expo. about Ignis here. Estimated price: Rs 5.5- 7.5 lakh  Expected engine: 1.2-litre Dualjet petrol, 1.0-litre Boosterjet turbo petrol, 1.3-litre DDiS 190 diesel   Expected launch: October 2016    SsangYong Tivoli 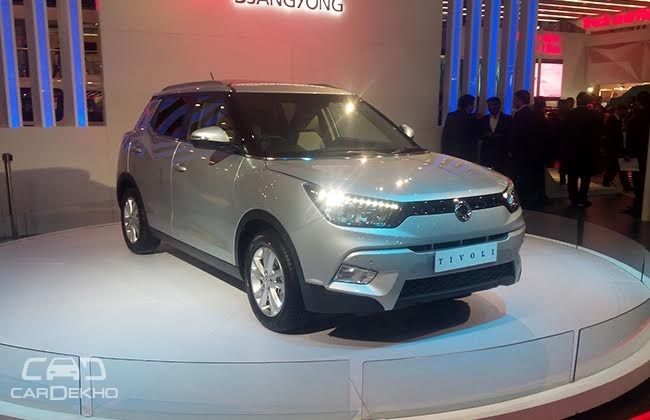 Mahindra is all set to introduce a compact offering from its South Korean arm SsangYong Motors, christened the Tivoli. It has been spotted testing in India as well. This compact SUV is a result of four years of extensive research from SsangYong and was launched in the Korean market in January 2015. It showcases a very upmarket design and is equipped with a lot of modern day gadgets. Sporting multiple driving modes along with an impressive 7 airbags on offer, the India-bound Tivoli can be a serious competitor to the heavyweight SUVs in the country. about Tivoli here.  Estimated price: Rs 20 lakh  Expected engine: 1.6-litre e-XGi petrol, 1.5-litre diesel (From Mahindra TUV300) Expected launch: December 2016     Volkswagen Tiguan 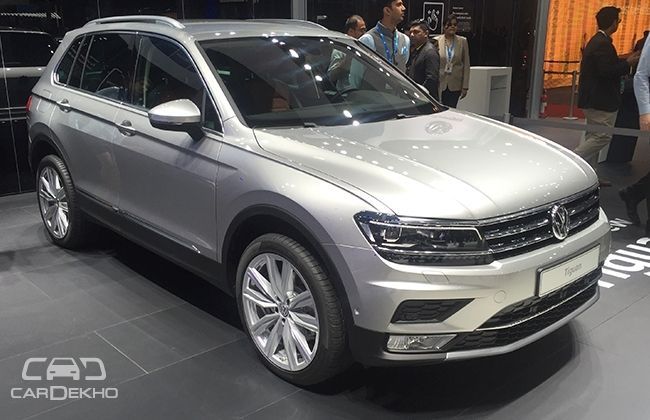 With its recent outing at the India Auto Expo 2016, we can expect this highly anticipated upmarket SUV from Volkswagen to reach India anytime soon. It already created a stir among visitors at the Expo by flashing a stunning design and sporting some stupendous features inside the cabin. It is set to be based on Volkswagen’s MQB platform which makes the SUV light and nimble to manoeuvre. The Tiguan sports a very aggressive and firm stance with sharp details on the exteriors. On the inside, it will come with a host of advanced features such as traffic updates, vehicle status report along with a 4motion Active Control, and all-wheel drive switch with different driving modes. Being a German SUV one can also expect a range of advanced safety features as standard. about Tiguan here. Estimated price: Rs 25 lakh  Expected engine: 2.0-litre diesel, 1.8-litre TSI petrol    Expected launch: August 2016    Tata Hexa 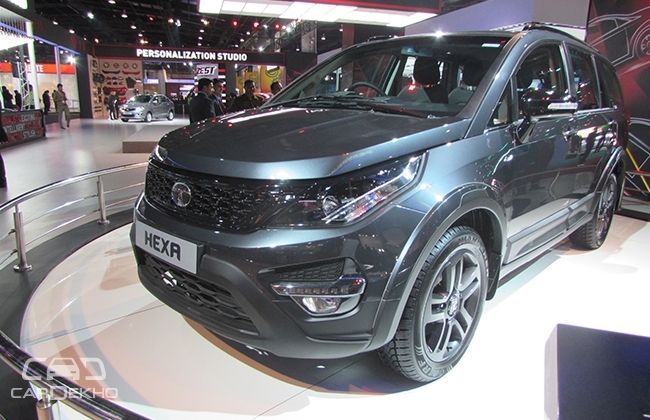 Banking big on the SUV love of the country Tata is set to launch its new SUV crossover Hexa very soon. Its previous attempt at introducing a large crossover in the country with the Aria didn’t go down too well among buyers as the car failed miserably. However, with the Hexa, Tata seems to have done its homework right by keeping this crossover in full-fledged SUV territory in terms of masculine exterior design and offering 7 seats. The interior is also refurbished while the dashboard will see the use of piano black finish along with dull silver inserts. We can also expect multiple drive modes to be offered along with modern-day entertainment features as well, like a touchscreen navigation, USB and Bluetooth connectivity. about Hexa here. Estimated price: Rs 10 lakh and above Expected engine:  2.2-litre Varicor turbo diesel (From Safari Storme)  Expected launch: August 2016    Nissan X-Trail Hybrid

After spending as many as 10 years in the Indian market Nissan decided to close the door for the X-Trail owing to its poor sales. But the India Auto Expo 2016 saw a rebirth of the X-Trail as it was showcased with a revamped hybrid engine and new features on offer. The exterior will be inspired by its global design with new elements added on a sleek overall silhouette. On the inside, we can expect seating till the third row, which means it can accommodate 7 passengers now. There will be a new infotainment system on offer along with premium features as well. about X-Trail here. Estimated price: Rs 22.6 lakh Expected engine:  2.0-litre petrol with electric motor (hybrid) Expected launch: July 2016   Jaguar F-Pace

A crossover and the elite British brand Jaguar had nothing in common until the F-Pace came into life. This SUV crossover is all set to take the Indian luxury SUV market by storm. Its styling is as stunning as ever with a solid built body and it borrows design cues from the F-Type sportscar. The interiors offer sedan-like comfort with the premium fit and finish that we’ve all come to expect from any Jaguar. Seating 5 people on the go, it comes packed with state-of-the-art gadgets that includes a stunning infotainment system. Boot space on the other hand stands at 650 litres which can be expanded to 1740 litres. about F-Pace here. Estimated price: Rs 70 lakh Expected engine: 2.0-litre and 3.0-litre diesel  Expected launch: December 2016