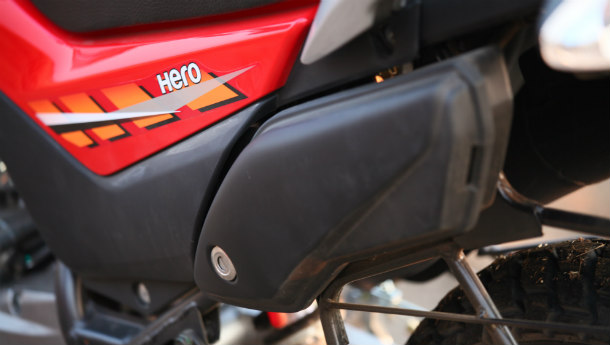 It gives me utmost pleasure to keep each of my motorcycles (that includes the BSM long-termers) in a state of precision. My own motorcycles are generally more thrashed, but work perfectly and can do an impromptu run to Goa or anywhere suitably beach-ey if a week-long holiday ever makes itself a reality. To ensure this, apart from my trusty mechanic, I have a fairly comprehensive tool-kit at home, apart from the minimalistic tool-kits that come with the motorcycles. The former came in very handy when I briefly 'owned' a 1948 BSA 'plunger' but the latter is what I really need the most, for the monthly 'tighten everything' ritual. I like handlebars a bit upright, so as to be able to hold a motocross-esque posture – it works best for me, especially in traffic – and this adjustment is most crucial to saddle-time. A little bit off and it's usually a so-so riding day. Unnecessary weight is always unwelcome, so a standard-equipment tool kit makes light work of chucking the saree guard, the crash guard and any excessive bodywork, if at all.

I currently ride an Impulse (my new long-termer) on a daily basis and by the end of day one, I had decided that the handlebar was way off and I also wanted to check out the paper element air filter (no cleaning required; replace after 15 thou km – good, no?). Pretty basic stuff, this, though what followed was a bit of a horror. Three of the four nuts holding the handlebar in place were set perfectly, while the last one was set to the torque rating of a Boeing 777. It was pathetic, and were this the United States of America, I would have sued Hero MotoCorp for $200 million for having caused me mental trauma and physical damage to my knuckles.

My misery was put to an end soon, though, since the spanner that came with the bike simply broke. I have never, in my life, heard of a spanner that's broken. Finally, I took the elevator to my apartment, found the correctly-sized spanner and, having hired a JCB for the task, worked that last nut loose. Unfortunately, the next leg of my basic setup was even more ill-fated. The seat on the Impulse needs to be unbolted rather then keyed open (weird, considering this is 2012 and not the pre-World War I era). For this, you have to unscrew the side body panels. For which, you need a screw driver. And a screw with its head still in place. This was obviously not the case with the screw on my long-termer, though, since rather than having a 'star' on the top, it had been carelessly screwed-in to the point that it looked like an amoeba.

Thus, what could have been a sweet summertime affair between man, machine and my favourite off-road test patch is now a fill-it, shut-it, forget-it routine on tarmac. Until the first service that is. Fair enough, since this way, I'm at least running the bike in legitimately. The rear footpeg wheelies will have to wait for the 1,000 km mark.