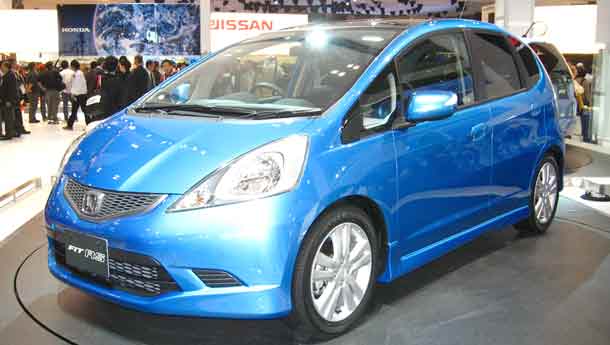 1937 Mercedes-Benz 540K Special Roadster
Sold at $7.81 million
All 540Ks are special. But the Special Roadsters were even more, um, special. They are extremely rare – only 26 were built – but beyond that they were the highest pinnacle automobiles had reached in the era leading up to WWII. The 5401cc straight-eight developed 115 bhp, but when the driver wanted to surge ahead, the Rootes type supercharger boosted power up to 180 bhp matched with a primal scream! And then there was the gorgeously flawless Sindelfingen Karosserie coachwork too, built on
a really long, almost 130-inch, wheelbase. This car was delivered to Sir John Chubb (yes, the safe Chubb) who barely drove it as war was approaching, and being seen in a  magnificent German car would have been politically incorrect. After changing hands across both sides of the Atlantic, this Special Roadster became part of the Ecclestone collection in 1995.

1933 Marmon Sixteen Victoria Coupe
Sold at $242,000
Howard Marmon’s dream that finally led to the company’s demise, the Sixteen was a brilliant feat of engineering. The state-of-the-art 8030cc overhead valve V16 used all-aluminium construction. Developing 200 bhp, the engine could propel the car to top speeds of over 160 kph. As the chassis also extensively
used aluminium, it had an unmatched power-to-weight ratio. Well, it could out-accelerate the legendary Duesenberg Model J, though it could be bought for just one-third the price. But Howard Marmon’s dream crumbled as Cadillac pre-empted his V16 by almost two years. And unlike Marmon, Cadillac had the backing of the gigantic General Motors. By 1933, Marmon Motor Company would be no more. Today, the Sixteen is not surprisingly considered the ultimate among this marque’s models. It was imported into the UK from the US in 1996 by good ol’ Bernie.

1938 Lancia Astura Lunga Torpedo Ministeriale
Not sold
Peering over Hitler’s shoulder at the various grand Mercedes-Benz and Horch cars, Mussolini also realised that Italy had to have its own parade cars to make a presence. The Italian dictator chose Lancia’s latest generation Astura powered by V8s, with bodies to be built by Pininfarina. The engine was a 82 bhp 2972cc narrow-angle (obviously!) V8 mated to a four-speed transmission. About six of these Torpedo Ministeriales were commissioned by Mussolini’s government, and of them, this one was used as a parade vehicle for state visits between Germany and Italy.

1957 Ford Thunderbird
Sold at $60,500
Perhaps the best year of the fabulous T’bird, this American classic from 1957 features an updated front-end, sporty fins (aka high-canted fenders!) and larger 14-inch wheels. Ford offered V8s in the Thunderbird with four power options, ranging from 212 to 285 horsepower. Of these, the really special one is the ‘dual quad’ E-code engine seen in this car – people called it the E-Bird. The 270 bhp 5112cc V8 offered more than any other small block V8, even more than Chevrolet’s fabled fuel injected 283 cu in (4637cc) motor.

1954 Ferrari 250 GT Europa
Sold at $750,000
The first road-going Ferrari to wear the 250 badge. The first GT produced by Ferrari. The only Ferrari 250 to be powered by the legendary racing V12. Shown at the 1953 Paris show, the 250 GT Europa was styled by Pininfarina. The classic lines apart, the 250 GT Europa was a true continent shrinker. With its 220 bhp 2953cc V12, it could do the 0 to 96 kph dash in under eight seconds and go on to a top speed of 216 kph. Only 36 Europas were built and they were owned by royalty, Charlie Chaplin and ol’ Enzo too. This particular Europa, the third one to be built, spent time with various owners in Europe and the US before entering the Ecclestone collection in the mid-1990s.

1931 Chrysler CG Imperial Dual Cowl Phaeton
Sold at $165,000
The CG Imperials were the finest Chryslers of that era and came with gorgeous styling by LeBaron of Detroit. The 125 hp 6292cc eight-cylinder engine was mounted on rubber, which allowed for a vibration-less performance – yes, that’s what gave it the name ‘Floating Power’. The two-tonne Imperial could reach 96 kph in 20 seconds and attain a top speed of 160 kph. It also featured an automatic spark advance mechanism and a freewheeling rear axle. And with the Dual Cowl Phaeton bodywork, this Chrysler was certainly not cheap. It was a slap on the face of the Depression.

1961 Bentley S2 Continental Flying Spur
Sold at $88,000
The S2 was introduced at the 1959 London Motor Show and featured an all-alloy 200 bhp 6230cc V8 that weighed as much as the preceding S1’s six-cylinder, which was mated to a four-speed Hydramatic automatic gearbox. The Continental, which was the sportier version of the S2, had better brakes and a higher rear axle ratio for high speed touring. Of these fabulous Bentleys, some had Flying Spur four-door saloon coachwork crafted by H J Mulliner... Yes, that’s where the current Bentley
four-door saloon gets its name from.

1934 Lagonda 16/80 T2 Special Tourer
Sold at $121,000
Introduced in 1932, the new 16/80 Tourer was a sporty Lagonda powered by a two-litre straight-six built by Crossley. By 1933, a Preselector gearbox was installed as standard. Though a four-door saloon and two-door sports model were offered, the best-known body style was the T2 open four-seater. Originally featuring a Silent Running Pillarless saloon coachwork, this Lagonda was converted to the T2 Tourer bodystyle.

1985 Rolls-Royce Carmargue
Sold at $77,000
What do you get when you mix Italian design with British car-making craftsmanship and give it a French name? The Rolls-Royce Carmargue! It was introduced in 1975, and was bold enough to feature Pininfarina’s lines. The car was named after a breed of horses from the Carmargue region, close to the
Rhone in the south of France. The famous 6750cc aluminium-block V8 with an estimated 200 bhp is mated to a three-speed automatic transmission.

1931 Packard Deluxe Eight Sport Phaeton
Sold at $187,000
While other carmakers were selling cheaper cars during the Great Depression era, Packard thought otherwise with their luxury cars. The Deluxe variant of their Model 840 offered more horsepower, a longer wheelbase and better trim over their Standard models. Featuring a 120 bhp 6309cc straight-eight, this is only one of 626 Deluxe Eights built in 1931. However, with its Deluxe Phaeton bodystyle, the price of this Packard went well above the reach of even the well-heeled. It found its way to the Ecclestone collection in 1999.