This time, Chinese set eyes on Gujarat for auto base 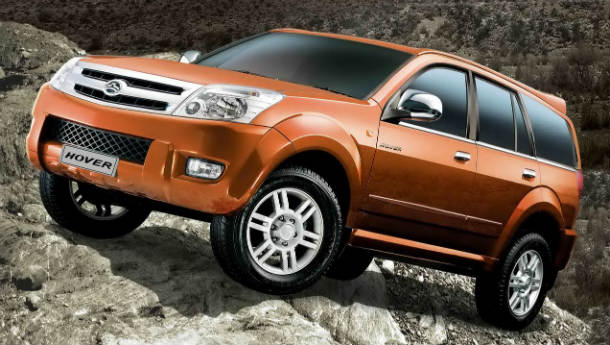 Gujarat seems to be emerging as the favourite investment destination for automobile companies. After Tata Motors, Maruti Suzuki India, General Motors India and Ford India opted for production facilities in the state, leading Chinese automobile company Great Wall Motor (GWM) is now eyeing the state as a potential destination to set up its manufacturing base in India.

A senior Gujarat government official said, “Officials of Great Wall Motor had visited Gujarat sometime back to survey possibilities for setting up a manufacturing plant in the state. They were shown land at Sanand (where Tata Motors and Ford India have plants) and Halol (where General Motors India has a plant).” The state government was awaiting feedback from the company, he added. GWM could invest about Rs 2,000-3,000 crore in the plant in Gujarat.


AUTO HOT SPOT Great Wall Motor Company is one of the leading non-government automobile companies in China The carmaker manufacturers SUVs and pickups Ford India has started work on its upcoming facility at Sanand Maruti Suzuki is all set to start work on its plant in Gujarat this year French carmaker Peugeot too had selected Gujarat for its India manufacturing unit, and was eventually allotted land at Sanand. But it could not make payments for land owing to the financial crisis the company is facing in Europe

A senior official at the Society of Indian Automobile Manufacturers said GWM was considering the states of Gujarat, Maharashtra and Tamil Nadu for a prospective production site.

GWM manufactures sports utility vehicles (SUVs) and pick-ups. The Haval SUV, the Great Wall PC and the Wingle pickup are the primary categories in its product range. The company has production bases at Baoding and Tianjin in China, with an overall production capacity of 8,00,000 vehicles a year.

“Great Wall Motor vehicles have already been exported to more than 100 countries, with more than 800 overseas sales networks across about 80 countries all over the world,” says the company’s website. Europe, central and South America, Asia, Africa, Russia, Australia, South Africa, Italy and Chile are the major export destinations for the company. GWM has about 30 holding subsidiaries, with about 48,000 employees.

The company has been listed among the Forbes Top 100 Chinese Enterprises twice. With a brand value of 1.871 billion yuan (about Rs 1,631.8 crore), it was ranked 49th in Interbrand Most Valuable Chinese Brands 2012.

After Tata Motors shifted its manufacturing facility for the Nano from Singur in West Bengal to Sanand in 2008, the state saw the entry of various big-ticket automobile projects. While Ford India has already started work on its facility at Sanand, Maruti Suzuki is set to start work on its plant in the state this year. French car maker Peugeot, too, opted for Gujarat for its India manufacturing unit and was allotted land at Sanand. However, it couldn’t pay for the land, owing to the financial crisis the company was facing in Europe.