This new year a car for everyone

The good thing about the slowdown is that it has turned the car market into a buyer’s market. The trend will continue in 2014. Car makers will launch new models to grab your attention. Dealers will offer discounts and throw in freebies, provided you know how to bargain hard. The only deterrent is high interest rates. But experts feel inflation has peaked, which means loans won’t get any dearer. So this could be the right time to buy. Enjoy while car-makers pamper you with choices. Hatchbacks will pack in more features, sedans will consume lesser fuel, SUVs will become compact and luxury cars will come within reach. 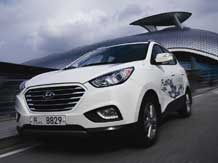 Hyundai ix35
This new product from the Korean company looks like a muscled Verna from the front. Clearly sticking to the Fluidic design paradigm, the ix35 compact SUV will get sweeping headlamps and a lot of chrome to
give it a premium look. However, it is not likely to be a price-sensitive sub-4 metre SUV, like the Ford EcoSport. It will probably be more in the mould of the longer Renault Duster. The engines will most probably be taken from the sedan Verna as Hyundai plans to provide both petrol and diesel variants.
Engines: 1.6 petrol/diesel
Power: 121bhp/126bhp
Expected price: Rs 8-11 lakh
Expected launch: June-July 2014 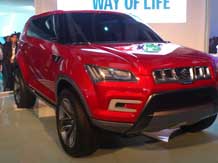 Maruti Suzuki XA Alpha
Unveiled at the 2012 Auto Expo in New Delhi, Maruti has remained tight-lipped about this sub 4-metre compact SUV.  Though the prototype had bold designs, it will be interesting to see how much of it will actually be retained in the production version of the vehicle. Expect a 1.3-litre diesel engine to do duty in this SUV — details about a petrol variant are yet to be ascertained.
Engines: 1.3 litre diesel
Power: 88 bhp (approx)
Expected price: Rs 7-10 lakh
Expected launch: Toward the end of 2014 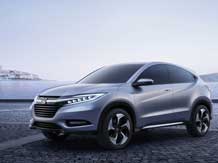 Honda Urban SUV Concept
The compact SUV was the toast of the auto industry in 2013, and the sentiment will continue in 2014 as well. On the road to a comeback, Japanese car-maker Honda is not leaving any stone unturned to attract buyers. It will, therefore, launch a mini version of its popular SUV, the CR-V. Based on the Urban SUV Concept, the Vezel, as the product will be called, will get compact sedan Amaze’s 1.5 litre diesel engine and the City’s petrol innards. The Vezel will likely be one the best-looking cars in the compact segment.
Engines: 1.5 petrol/diesel
Power: 117bhp/98bhp
Expected price: Rs 8-11 lakh
Expected launch: End of 2014 Chevrolet Trax
Many must be awaiting this mini version of the Captiva to make its debut. This compact SUV could be a gamechanger for Chevrolet whose sales figures this year have not been very encouraging. Also, with the Tavera caught in a recall controversy, the company is keeping its cards close to the chest and details are tough to get. However, for the international market, the Trax will get a 1.7-litre diesel enginge that produces 129 bhp of power, and it will have a six-speed gearbox. It might just borrow the compact sedan Sail's power plants.
Engines: NA
Power: NA
Expected price: Not clear yet
Expected launch: Around the middle of 2014 Mercedes Benz CLA
This coupe sedan will change the luxury car market if Mercedes-Benz gets the pricing right. It looks gorgeous with the low roofline, frameless door glass, and slooping CLS-like rear. Bringing luxury within the affordable range doesn’t mean heavy cost cutting, however. So the CLA will remain a shining example of luxury without sacrificing quality. Like the luxury hatchback A-Class from its stable, the CLA will keep its genes as a top-class Mercedes and not just some wannabe.
Engines: 1.6 petrol/2.1 diesel
Power: 120bhp/107bhp
Expected price: Rs 20-25 lakh
Expected launch: June 2014 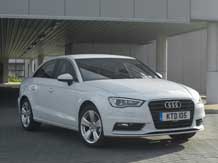 Audi A3
The new car from German automaker Audi is a smart move. The A3 will come in the sedan version rather than as a hatchback. What is more, this will be the most affordable Audi car in India. The top-of-the-line variant will come with the Drive Select system, MMI badging, a sunroof, two-zone climate control and a multifunctional steering. The power train options in the A3 sedan are likely to be 180PS 1.8-litre TFSI petrol engine and a 150PS 2.0TDi diesel alternative.
Engines: 1.8 petrol/2.0 diesel
Power: 177bhp/148bhp
Expected price: Rs 20-25 lakh
Expected launch: March 2014 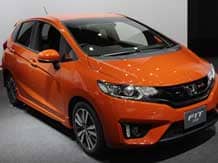 Honda Jazz
The Japanese car-maker’s multi-purpose vehicle was a hit with consumers, even if it was priced on the higher side. The new edition of the Jazz looks sleeker, even sportier. The Jazz retains its strengths, which include generous cabin space. However, though it may be roomy, expect the quality to have gone a notch below its predecessor’s. Cost cutting has kicked in because Honda plans to keep the Jazz in the affordable bracket. This time around, expect the car to come in both petrol and the much-needed diesel variants.
Engines: 1.2 petrol/1.5 diesel
Power: 87bhp/98bhp (approx)
Expected price: Rs 5-8 lakh, Delhi
Expected launch: Towards the end of 2014 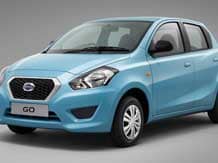 Datsun GO
Thirty years after phasing out Datsun, Japanese car-maker Nissan will launch this brand in India in early 2014. The Go is the Asian auto major's answer to the mass-volume category and it will lock horns with Maruti Suzuki’s Alto and Hyundai Motors’s Eon. It shares the same 2450 mm wheelbase as the Micra, so you expect ample interior space for your legs. The GO’s USP is expected to be its extremely fuel-efficient engine.
Engine: 1.2 litre
Power: 68-70 bhp (approx)
Expected price: Rs 3-4 lakh, Delhi
Expected launch: February-March 2014 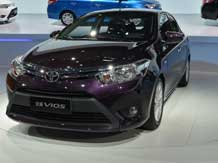 Toyota Vios
After reasonable success with its Etios sedan, Toyota plans to move into a segment just above it, and the Vios fits the bill. Based on the Japanese company’s Yaris, Vios is a modern-looking sedan which tries to combine a cool quotient with sporty looks. The interiors look futuristic and contemporary and can give the City and Verna a headache or two.
Engines: 1.5 petrol/1.4 diesel
Power: 88bhp/67bhp (approx)
Expected price: Rs 8-12 lakh
Expected launch: Towards the end of 2014 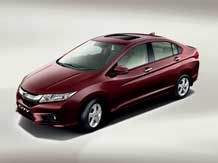 Honda City
The country’s favourite family sedan is back in a new incarnation. The fourth-generation City is all about performance, fuel efficiency, space and luxury. This total package comes with 5-inch touch screen media player and paddle shift gear transmission. The petrol variant comes with either a CVT automatic gear box or a 5-speed manual shift, while the much awaited diesel will be a nifty 6-speed transmission.
Engines: 1.5 petrol/diesel
Power: 117bhp/98bhp
Expected price: Rs 8-12 lakh
Expected launch: January 2014