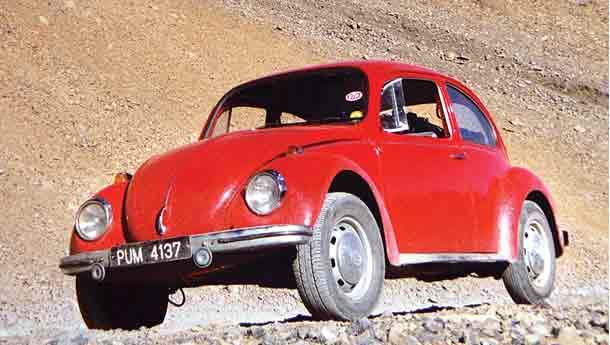 A few days ago, when Ankur Bhatia, the 39-year-old executive director of Delhi-based Bird Group, rang up Gyan Sharma to inquire about the state of his 1962 Mercedes 190 Ponton — a prized possession which Bhatia had acquired in 2007 — Sharma knew he needed to wrap up his work quickly. The classic model, along with a 1972 Volkswagen Voyager Beetle, is currently under restoration at Sharma’s workshop opposite Bird Group’s sprawling office in Connaught Place in Delhi. Bhatia is keeping a close tab on the car since he hopes to drive it at the Statesman Rally in February.

The Mercedes is part of a fleet of vintage cars that Bhatia has acquired over the last 20 years and painstakingly restored after extensive research. Parked in his corporate office in Gurgaon are two gleaming Austins, both over 80 years old, a crimson red 1962 Red Chevrolet Impala, a 1933 Singer LeMans, a 1942 Ford Jeep, a 1961 Volkswagen Beetle, and an electric blue 1958 Dodge Kingsway. While the 1926 Austin Chummy, which he playfully calls “Baby Austin”, was acquired from the Kolkata-based Kanorias, the Beetle was bought in Bihar, and the Jeep — which can be traced back to the World War II — hails from Jaipur.

Bhatia, who has under his wings luxury brands like Porsche Design, Bally and German luxury shirt-maker van Laack, might travel to work in his Hummer H2 or Porsche Cayenne S, but he occasionally takes his vintage cars for a spin during rallies — some have even won him awards.

All his beauties are in perfect running condition, says Bhatia, his favourite being the green 1937 Austin Cambridge, the car that sparked off his fascination with vintage models. A family heirloom passed down to him by his grandfather, B P Bhatia, in the ‘90s, the Austin will be 100 years old in 2018. “As a child, I was always awestruck by the beauty and majestic elegance of the car but was never allowed to touch it,” reminisces Bhatia. Now that it was his to touch and take for a spin, Bhatia was determined to restore it to its original pristine glory.

And so he called upon Sharma, owner of Krishna Motor Garage in Connaught Place, one of the oldest workshops in the capital. Sharma has known Bhatia for the last 30 years and understands his penchant for perfection — especially when it comes to restoring his cars. The Austin Cambridge, remembers Sharma, was in a completely dilapidated condition when he first saw it. “It was falling apart,” he says. In the next four years, Bhatia travelled to different parts of the world, researched on the Internet for original parts and accessories of the car, and finally scouted a handful of dealers and vintage car enthusiasts to carry forth his passion. Under Sharma’s keen supervision, each car was hauled up for an extreme makeover.

While he doesn’t say how much he spent on the restoration, “The money was insignificant. It was the time and passion that mattered.” Most of the parts, he adds, were brought in from the US.

The Mercedes Ponton, for instance, has been under restoration for nearly five years. Once he got his hands on it, Bhatia’s priority was to get her on the road, he says. “Finding the original engine alone took around three years!” The car, he hopes, will be ready to run in the next few months.

The process of restoration, explains Sharma, is a long and challenging one requiring innovative engineering as well as creativity. Under Bhatia’s instruction, Sharma rummaged through old photos, books and the Internet to figure out what each car looked like in its former glory. What followed was an elaborate replication of each of his acquisitions, later spruced up with sleek technology. Finding original components, he adds, can take anywhere between a few months and a few years. He then moves on to the intricate details — from repairing the chassis and the body of the car to the paint, the interiors and finally, the wiring of the car and fitting of the tyres.

“Restoring a car is like dressing up a woman for a party. The make-up takes the longest time,” laughs Sharma.

Another treasure in Bhatia’s stable is the Convertible Chevrolet Impala which has been fully restored and runs “beautifully” —it now comes with a powerful V8 3L engine and an automated hood.

While there are only a handful of vintage car enthusiasts in the country, the market for restored classics is finally gaining ground. Bhatia admits that he been approached by potential buyers who have offered him a large, undisclosed sum for his cars. But Bhatia is adamant to keep his beauties to himself. “My intention was never to restore them and sell them off. I can never do that.”