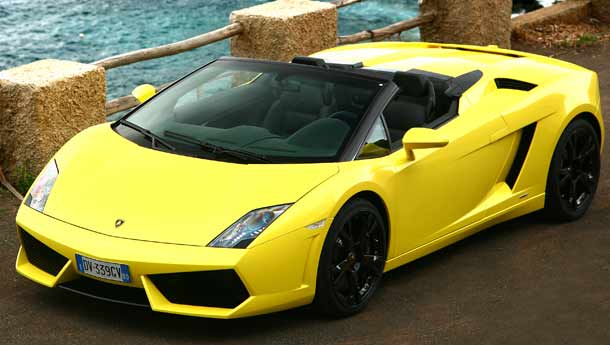 'So, what's the best car that you have driven?’ It is usually the medium-built number cruncher whose job it is to wear a permanent frown of dissatisfaction who comes up with that above question. Especially once he has bolstered his ego with a minimum of two alcoholic drinks. You realise immediately that he hates you for living a dream of a job and is smothered in self pity despite being financially successful in his job. Whether the question is from ‘him’ or for that matter the elusive pretty thing at the party who likes salt-and-pepper hair (I bet they like paunches too), I have the answer ready.

I make a question mark with my index finger, put it over my lips, close my eyes as if it was a tough selection to make and then beam from ear to ear and say, ‘It’s got to be the Lamborghini Gallardo… in the Canaries’. The next question, universally, is ‘Why?’ The real answer to that is ‘because it was a Lamborghini in the Canaries,’ but since that won’t be considered apt, I tell them, this time in a perfectly practised hushed tone, ‘Dear friend, that car tried to kill me a few times.’

Now that I have their full attention, I go on to narrate how the might of the 560 bhp ('Your Honda City has just 110 of those, mate…') delivered by a ten-cylinder engine ('On the other hand, Priyanka, your Hyundai has four cylinders') can mean disaster if your chest is devoid of hair and if you are not the ace road tester with experience in ‘taming bulls’ and ‘prancing horses’. So what if the reality was that in the second half of the day in the Canaries you were cooked alive by a fellow Aussie journalist who had a way with supercars and disliked Indian journalists a lot. I did manage to hold my lunch inside but not the expletives in Malayalam which the Roo thought was high praise for his driving skill.

But yeah, the Lamborghini experience is something else altogether. The Gallardo is such a friendly car that you soon take things for granted and with all-wheel drive, you can take things for granted as long as you are not plain right stupid. But there is another car that I have driven that I have a bit more respect for – it is not a traditional supercar, it can haul cupboards on Sundays thanks to the estate body style, it borrows an engine from er, Lamborghini, and it costs way less.

Mr Number Cruncher will scoff at it and it may fly over the PYT's head, but here it is for all it is worth – the second best car in the whole world that I have driven is the Audi RS6. Explosive gear changes, thundering notes from the 500-bhp plus V10, but on the outside, she is a sleeper. No one will know that this car has the full-time job of kicking supercar bumpers on Sunday mornings. Unless that cupboard needs hauling.