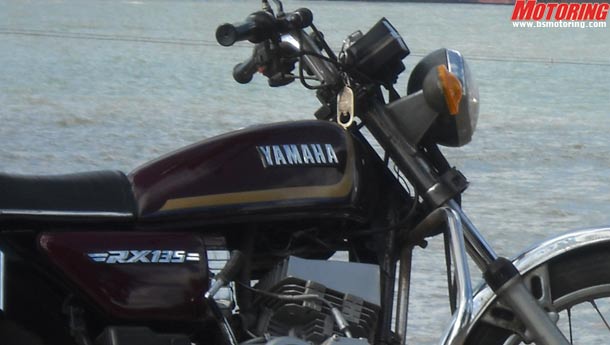 Art is a way of exercising your senses. It makes you see, hear and feel, compelling you to think. Motorcycles do that too, and just like art, there's all sorts out there. As you know, exceptional art is difficult to come by and is generally found in museums around the world. So are some of the best motorcycles. Then there's music - there just doesn't seem to be any good music being made these days. Sure, there are a few decent bands who're the light at the end of the tunnel, but they haven't exactly filled the shoes of the past greats. Most of those people whose musical inclinations I happen to know, including myself, are into the oldies. Which is where I completely understand Kyle's love story with old bikes. Yes, he's into the oldies as well. There's nothing artificial about the way they're made. They weren't made for the masses; instead, they were expressions of their creators' beliefs that became legend. Both, motorcycles and music.

Why then, despite the means of creation being the same (perhaps even better), are there no more great bikes in India? I'm the millionth person to say this, but even a modern-day RX 100 will do or dare I say it, a successor to the RD 350. The RX is still unbelievable fun to ride, as I rediscovered recently. They obviously got something very right, no? In spite of nearly every performance offering in the country today being a better overall performer than the RX, the little Yamaha is more fun to ride than any of those. Even its newest sibling, the R15, leaves something to be desired.

I think honest motorcycles that use every little bit of their selves to carry you along at speed are what we need. Additionally, they shouldn't try to do everything because they can't. The 1198 can never be an R1200 GS and neither can a VMax be a Nightster. And yet, each is great in its own right. But should greatness always mean an improbable number of zeroes on the price tag? Is it really necessary for rarity to be such an inherent trait of greatness? Or is it all because of bands who won't wear their hearts on their sleeves? All I'm asking for is a bit of substance. Yes, motorcycles (even superbikes) have become 'softer' in some ways, just like music, in the quest to become more accessible. But they really don't have to stop being colossal fun to do so. To people like me, commuters are the 'trance' or 'lounge' of motorcycledom. And even then, they're better off by virtue of having two wheels and a motor. At least I can take solace in the fact that motorcyclists are better off than their music-loving counterparts. Somewhat.