The past is just ahead 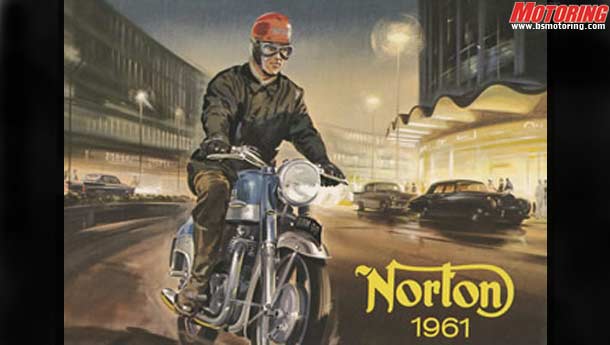 It's a wonderful thing when you can, albeit for a hefty price, buy a brand new motorcycle that belongs to a marque established long before you existed. Sure Honda, Yamaha and Kawasaki were in business much before I was even thought of, but these aren't the brands I'm talking about.

Even the ones that shut shop eons ago are getting a new lease of life. Triumph is the best known example - a company that perished due to bad management and lack of progress, among other things, is now back at the forefront, giving the big 3 a run for their money in the US market. Norton is here too, despite earlier attempts to revive it following on their faces. But this time around, there is strong promise. Horex now has a motorcycle slated for production and Brough Superior will build you a, erm, Brough Superior brand new. Yes, and it will be an exact replica of the one that Mr T. E. Lawrence swung his legs across, if you'd like.

I can go on and on and on but this is not to be a encyclopaedic list of such brands. What I will do is cut to the chase - in short, the news is that old school is back, and bloody how! Retros are a rage that even the big three are falling over themselves to cater to and this is by far, just the beginning.

May be people are beginning to appreciate a motorcycle more for what it was, rather than what it has become. I can't revel in all the potential that current superbikes have. Heck, I can barely scratch that surface. But what I can do is plod a 35-50 bhp machine about, ride it out of the city and then perhaps do the milk run when I'm in town.

I want a motorcycle that is naked and flaunts it's virtues unabashed. I want it to look like a motorbike, not something Flash Gordon rode to get his kicks. I want it to sound like thunder and roar like a beast; not a grinder that's whisking egg whites. I want it to vibrate and remind me that there's an animal lurking within; not a muted whimper that belies its rocketship-like performance.

In short, I want motorcycles and not appliances that warp me to my destination. And it seems, the numbers of those like me are fast increasing. Feels good to finally be part of the majority!