The mother of supercars - The Bugatti Veyron 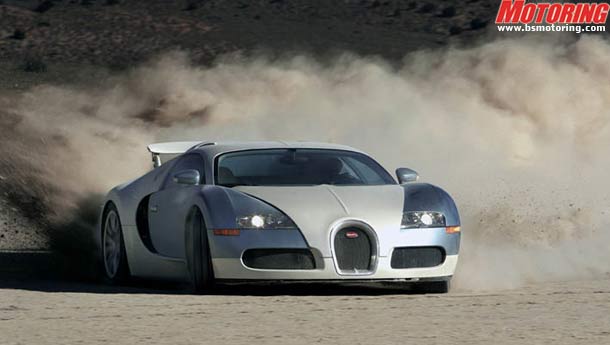 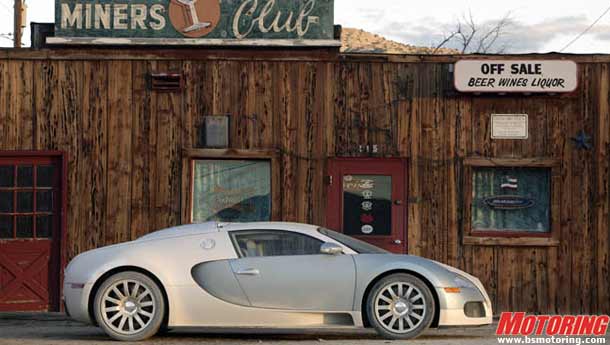 It’s the fastest car in the world and takes just two-and-a-half seconds to go from zero to 100 kmph – that’s less time than it takes to read this sentence.

So, move over Rolls Royce Phantom and Maybach; it’s time for Bugatti Veyron 16.4 Grand Sport to roll in. Volkwagen Group’s mother of supercars is four times costlier than other luxury cars in India, at Rs 16 crore.

Customers, Bugatti says, will be invited to the estates in Molsheim in the south of France to spend a day at the Chateau Saint Jean, visit the factory, test drive their dream car before outlining specifications for their personalised Bugatti car.

Which is all fine for creating hype, but will the car launched in India last week, sell in India? Julius Kruta, Head of Tradition, Bugatti Automobiles SAS, is well prepared for the question. “India is the land of the erstwhile Maharajas and modern India is a fast-growing market for luxury. That’s hard to ignore,” he says, without committing any number for India.

But it obviously helps that India now has the maximum number of billionaires outside the US. Observers say Bugatti will find enough moneybags in India. For example, India has the largest fleet of business jets in Asia. And another 125 are on order, one-third of which (over 40) are entry-level smaller jets, which costs just Rs 4 crore more than Bugatti Veyron.

In any case, Bugatti prides on the fact that it is an epitome of exclusivity even in the super-premium segment and expects to sell just 60-80 units this year globally. Of this three to four enquiries have come in from Indian buyers. Kruta sums it up, “Bugatti is like a diamond on the Volkswagen pyramid of brands. It is a showcase for what we can achieve. It is our Formula one.”

The car will be distributed in India by Exclusive Motors, which has also been selling the Bentleys and Lamborghinis in India. Delivery would take about six to eight months from the date of order.

Bugatti Veyorn, which uses components made of special materials like titanium, carbon fibre and magnesium, is powered by an 8 litre engine with 16 cylinders. Along with moisture-resistant, backstitched leather, a range of new equipment features has been added to the interior of the car, including a reversing camera with 2.7-inch monitor integrated in the rear-view-mirror and the ‘Puccini’ sound system with digital signal processor.

“We decided to set up a showroom in India to bring our product closer to the consumer. Going ahead, we are looking at increasing the number of Bugatti dealerships”, Kruta says. Besides, the company will showcase its models at select motor shows to spread awareness about the vintage history of the products.

Kruta also views the foray into India not only as one for expanding operations but also for re-establishing worldwide a brand which has been marred by history.

The company has had a chequered past. After the original factory at Molsheim, France (founded by Ettore Bugatti) was destroyed during World War II, several attempts were made to come back in the 1960s and 1970s but without much success. An Italian entrepreneur, Romano Artioli acquired the name in 1987 and under his leadership EB110, lauded to be the most technologically advanced sports car at the time, was designed by the company. Fortunes, however, gave way with the US and Europe going into a recession when production finally commenced in 1995.

Kruta adds, “While Bentley and Lamborghini came with an existing workforce. Acquiring Bugatti was like adopting a child whose whereabouts we had no clue of. The factory was in a shambles. We had to decide on the product line-up. It took three years to set things in order and take a call on coming out with a sports car.” Production work could start only in September 2005.

It was only in 1998 when Ferdinand Piech, then-chairman of Volkwagen AG, acquired rights to produce cars under the Bugatti marque that the company saw an upswing. A new atelier was set up adjacent to Chateau Saint Jean where the company is head-quartered and the first Veyron was delivered in March 2006.

Since then there has been no looking back. The company has sold over 270 units of the Veyron and Veyron Super Sport and another 20 units of Veyron Grand Sport. All three variants are priced well over Euro 1 million.

Says Guy Caquelin, sales market manager at the company: “Whereas Ferrari, Porsche, Mercedes have already become established names, it took us 10 years to revive Bugatti in Europe. Now it is time for us to look beyond.” The company launched operations in China last year and entered Brazil simultaneously with India.

“Europe is our largest market. Demand is good in Russia and West Asia. We are also seeing increasing interest in US, Canada and emerging economies”, informs Caquelin. The average age of Veyron owner is around 45 years.