The legend is back 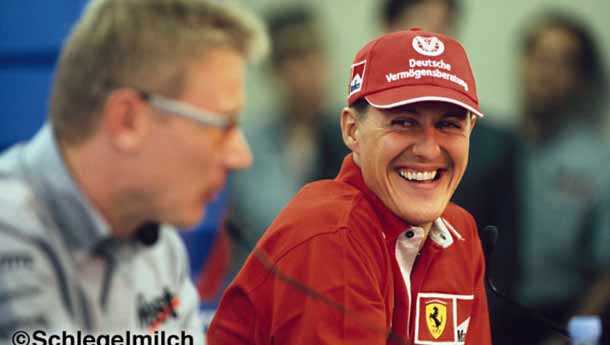 Formula 1 legend Michael Schumacher is all set to return to top-level racing at the 2009 Valencia Grand Prix, acting as a replacement for the injured Ferrari driver, Filepe Massa.

Schumacher quit Formula 1 at the end of the 2006 season, after a legendary run in Formula 1 racing and is now set to be back on the grid in Spain.

The news did come as a shock because it came a day after Schumacher's manager said that he was '200 percent sure' that Schumacher won't be lining up on the grid at Valencia. However, Schumacher did say that he could not 'ignore the unfortunate situation' that Ferrari is in after the accident and so, he stepped up to be the replacement for Massa.

So, here we are again. The legendary Schumacher and Ferrari combination is back! Wishing you a incredible Sunday Afternoon Valencia GP. Stock up the beers and the snacks.