The jet turbine powered MTT Y2K is on its way here! 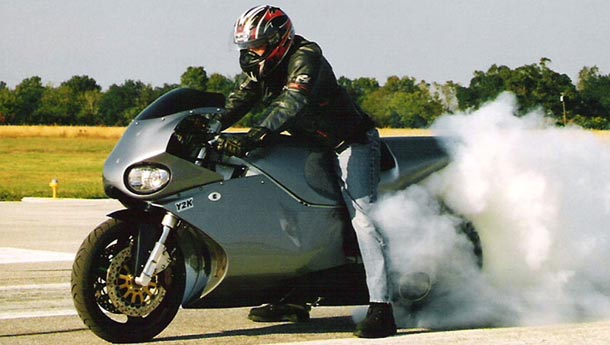 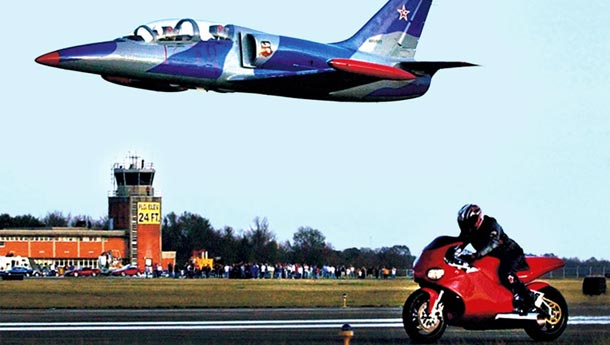 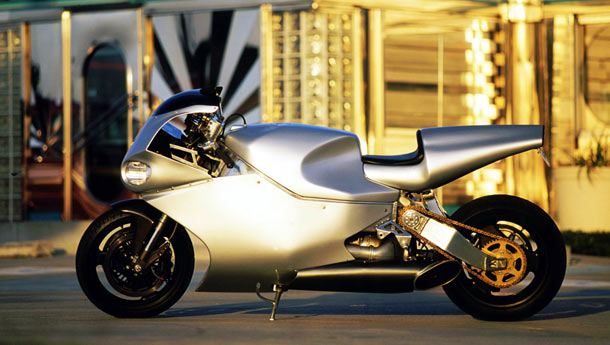 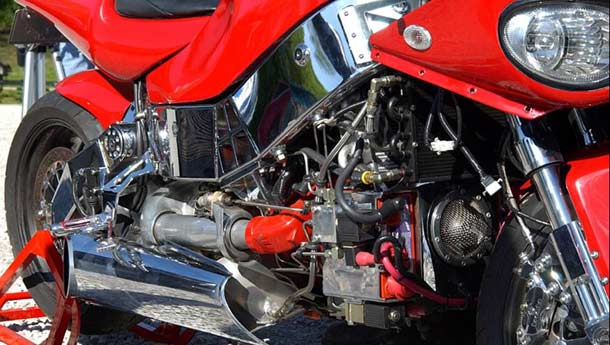 Ludicrous. That’s all we can say about the only production jet-turbine powered motorcycle on the planet. It’s called the Y2K and it is, simply put, a whacking great motorcycle jet-turbine engine with two wheels at either end. As expected, such a bonkers configuration obviously means that it is unreasonably, mind-bogglingly fast. You thought the Hayabusa was fast? We did too, right until we heardthe performance figures coming from MTT, the bunch of loony geniuses that put this far-out concept into production. We’d recommend you grab a seat before reading any further because the figures really do demand it.

We’d call 0-100 kph in 5.2 seconds fast but in that same exact time, MTT claims the Y2K can hit 320 kph! Top speed? Well, they’ve achieved 365 kph - and that’s astonishing - but it’s theoretically capable of 420 kph! That is, of course, if you could handle it. If Ted McIntyre of MTT who’s maxxed out the motorcycle says that ‘you don’t want to go there [...all the way to the top speed]’, we’d take his word for it.

Underneath the rather ugly panels lies a 320 horsepower Rolls Royce Allison jet turbine that’s meant for use on helicopters! And since it’s a turbine, it idles at 23,000 rpm! As if that’s not enough, the peak power comes at 52,000 rpm! They’ll crank up the horsepower to 420 horsepower on the new Streetfighter model f you’d like, but that’s like asking for near-certain death. Jay Leno, one of the luckiest bums out there who owns it once said that ‘It feels as if the hand of God is reaching down and pushing you.’ We wouldn’t doubt that. Don’t try and pick up your dropped jaw just yet because there’s more.

What is a brilliant engineering feat is the fact that despite the monstrous dimensions, they’ve managed to make it streetable. Within the 1.7-metre wheelbase, MTT has crammed in a horizontally-mounted helicopter turbine engine, which is a technical challenge in itself. It’s got a hand-welded frame and swingarm combo, carbon-fibre wheels, Ohlins suspension front and back, colour LCD displays and top-shelf Brembo brakes. The best part - and this is something Indians will really love - is the fact it can be run on diesel or kerosene! The hitch is that because of the exhaust heat, it tends to melt bumpers of the cars behind it.

The linear yet forceful power delivery of turbines is something that you have to experience to appreciate. Despite all the challenges surrounding this motorcycle, riders claim that it’s very well-behaved but we’re guessing this is relative because this motorcycle can light up the rear tyre even at 270 kph!

The motorcycle will be on display at the India Bike Week in Goa from the 2nd of Feb to the 3rd. At roughly Rs 97 lakhs in the US of A, expect prices to hover close to the Rs 2 crore mark. Oh yes, two crores. We'll have more details on availability soon. Since I’m sure you have the dosh, Mr Mallya, do buy it and make sure you give us a call as well. We promise we’ll take care of it.