The Hunt is over 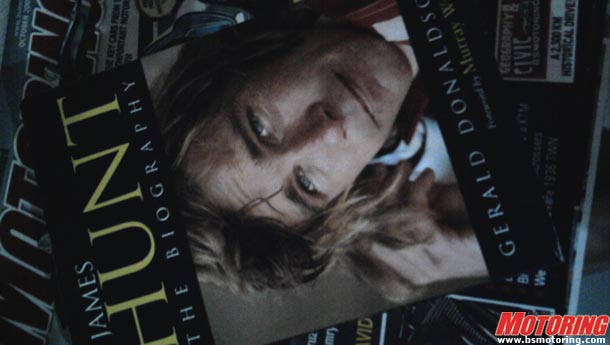 James Hunt passed away on the 15th of June, 1993. Last month was his 17th death anniversary, and I found myself flipping once again through the pages of his biography that a friend was lucky enough to find me in some little bookstore far, far away. Now, the thing about biographies is that they generally seem to edify and glorify a little too much and gloss over all the warts. James Hunt – The Biography by Gerald Donaldson certainly isn’t one of those. It hooks you from the very first page, and by the time James is writing a letter to St Barts Hospital to politely tell them he can’t come there and study to be a doctor, but instead is getting a job that will help fund his racing career, you’ve cancelled all your appointments for the next couple of days and decided that Hunt is not a man to be trifled with, and demands your undivided attention. Reading chapter after chapter you realise just how much the world of F1 has changed, and the people who are involved in it. They certainly don’t make racecar drivers like they used to! Can you picture any of today’s drivers showing up to a press conference barefoot, simply because he wasn’t a big fan of shoes in general? They’d probably have some very angry sponsors, who’d paid them good money to have their feet shod with such and such a brand. James Hunt, however, told people to sod off and merrily went about his shenanigans both on and off the track, largely barefoot.

James Hunt was an unconventional racer, if anything. He’d freely admit that in terms of raw talent and pace he probably was nowhere close to the likes of Niki Lauda, but he tried, and he got places because he persisted and was bloody determined to get there. So what if the pretty nurse in the ambulance at the track distracted him for a little while just before a race? He’d do what he had to, and then go out on track and win the race anyway. Yes, that actually happened.

What hit me the most about this biography was that I knew James Hunt was dead, so the last chapter of this book oughtn’t have shocked me too much. But when you’re actually reading it, and you’ve made the journey from racing a battered Mini Cooper, to being F1 world champion in 1976, and then spiralled downhill with Hunt, you are so caught up in his personality that you simply can’t accept the fact that he’s dead and gone. Instead, you want to rip out the last few pages, and end things on a happier note. You actually want to go back to a world where James Hunt still lives. Too bad he’s followed Elvis out the building.