The Honda VFR1200F coming this year 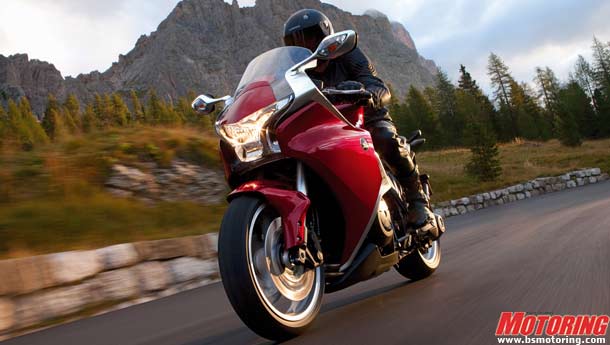 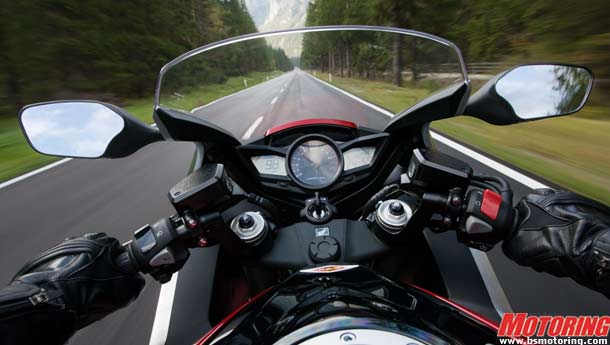 After witnessing a buoyed response for the premium class superbikes it has been selling since the past one year, Honda Motorcycle and Scooters India (HMSI), the Indian subsidiary of Japanese auto giant Honda Motor Corporation, will launch yet another superbike by the end of this year.

The company will launch the 2010 VFR 1200F in India by December, roughly a year after it was launched internationally. This bike would also be the costliest bike from Honda and could carry a price tag of close to Rs 16.5 lakh, although company officials haven't confirmed it yet.

The bike will be brought to India as a completely imported unit from Japan, which will effectively double its price due to the high import duty structure of around 110 per cent. The VFR 1200F costs around $15,999 (Rs 7.51 lakh) in the United States, the largest superbike market in the world.

The VFR 1200F is classified as a twin-seater sports bike by the company, which has an engine that is bigger and more powerful than India's largest selling compact car, Maruti Alto. The bike sports a 1237cc, liquid cooled V-4 engine which generates a maximum power of 172 bhp.

“Looking at the increasing need for superbikes in the country, we will launch the VFR 1200F by the end of this year. It will be too early to speak about the volumes for the bike at the moment,” said a HMSI executive.   HMSI, the country's fourth largest two-wheeler manufacturer which is more popular in the automatic scooter segment, has been selling the superbikes CBR 1000 RR Fireblade and the CB 1000R in the country since the middle of last year. It has so far sold more than 100 units of the two models, which are priced at 13.36 lakh and 10.21 lakh, respectively, ex-showroom.

Although the introduction of such bikes do not translate into large volumes due to their high price tags (enough for buying four compact cars) the launch is aimed at pushing and enhancing the company's brand image in the competitive domestic two-wheeler market which is dominated by Hero Honda and Bajaj Auto.

Honda's other two Japanese counterparts —Suzuki and Yamaha — have also introduced costly motorcycles in the country recently, which are also garnering a robust response. Both Yamaha, which sells three superbikes, and Suzuki, which sells two superbikes currently, are interested in having more such products.

The companies are also desperately seeking to make inroads into the market with performance and commuter motorcycles and gearless scooters. The launch of superbikes have helped both companies in improving the overall brand image while reporting impressive double0digit growth in sales every month.

Other companies are also lining up to make a foray in India such as Austria-based KTM Power Sports AG and Japan-based Kawasaki. Both companies are expected to launch their range by the end of this year or by the first half of next year.

The superbike market here is small in size compared to some of the international markets such as the US, UK, Germany, China and Japan. But spiralling aspiration of the buying class, aided by an equally robust buying power, has led companies to believe that India is one of the fastest growing markets for such lifestyle products.

The market size for superbikes in 2008 in India, when Yamaha launched its products, stood at 180 units per annum. However, it quickly rose to 500 units last year. Experts say that with growing booking numbers, the market could well touch 1,000 units over the next couple of years.