The cat is in the bag 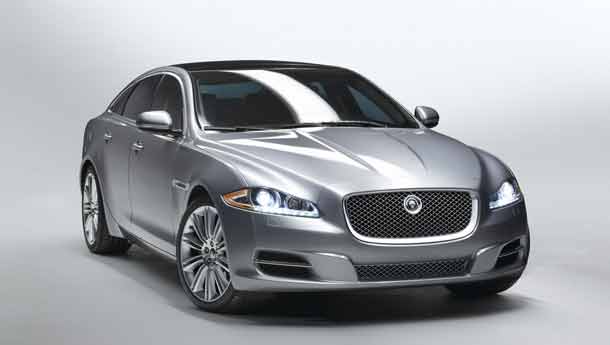 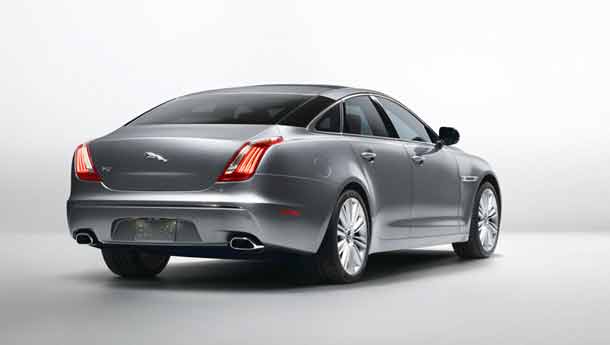 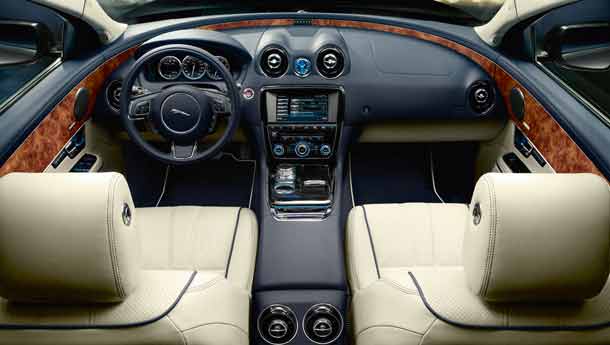 Jaguar's flagship saloon, the XJ has donned new clothes. The all-new XJ was launched in a lavish manner yesterday in London, with Jay Leno in a dapper suit at the helm of the launch proceedings.

The new XJ shares a lot of the design language with the XF that has been relatively successful for the company. The nose and grille bear striking resemblance to its younger brother, as well as the chunky waistline and greenhouse. For the tail lamps, Jaguar have departed from the XF's horizontal units for more vertical ones, some of which you might have seen in earlier Bertone concepts from the 1990s.

On the inside, the new XJ is just as gorgeous as the XF with its blue lights, lots of aluminium and pseudo-aluminium bits and use of rich textures and colours. The rounded theme takes precedence here with circular vents, knobs, speaker grilles and of course the steering wheel and dials. Customers will also be able to specify their name plate on the area above the clock on the centre-console as well as the leaping cat hood ornament when they order their cars. A 20-speaker stereo system with all kinds of auxilary attachments and satellite radio is part of the package. High quality piano veneers and leather are part of the options package and a quick flip of the options list reveals that you will be spending a lot of time running through it.

The large cat, like its predecessor is completely built from aluminium, and that's advantageous, since it is lighter than its competition - the Mercedes S-Class, the BMW 7 Series and the Audi A8 by 250 kilos or more on an average. With a 0.29 Cd, the XJ is a very slippery design, and combined with the light weight, acquits it with very good emission and efficiency figures. Safetywise, the car is loaded with airbags galore, ABS and traction control, as well as cornering headlamps, blind spot monitoring system and pre-charged braking among some.

For now, Jaguar will offer three engine options. A naturally aspirated V8, the AJS III V8 engine that's also on the XF with 385 bhp of peak power, while two variants of the XFR engine will also be available - a 470 bhp version and a 510 bhp one. Jaguar will not name the most powerful version the XJR and neither does it intend to create one for now. The 510 bhp XJ can hit 96 kph from a standing start in less than 4.7 seconds, which is pretty close to the equally powerful and nearly as heavy XFR.

Jaguar will offer its cars in standard as well as extended wheelbase forms. Jaguar's much acclaimed 3.0-litre V6 diesel is up next in the XJ and while Jaguar is tightlipped, a hybrid too is on the cards in the not-so-distant future.

The XJ will eventually be available in India in a couple of months, and our guess is all the petrol options might be available from the word go. Importantly though, it will be a credible alternative to the German three and the Maserati Quattroporte. And some believe, it's got enough ammo to take on the Porsche Panamera and the upcoming Aston Martin Rapide head on.