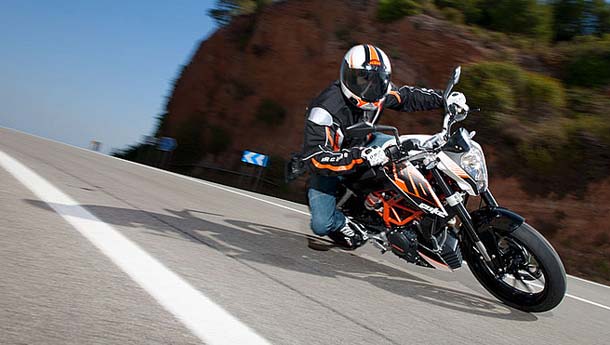 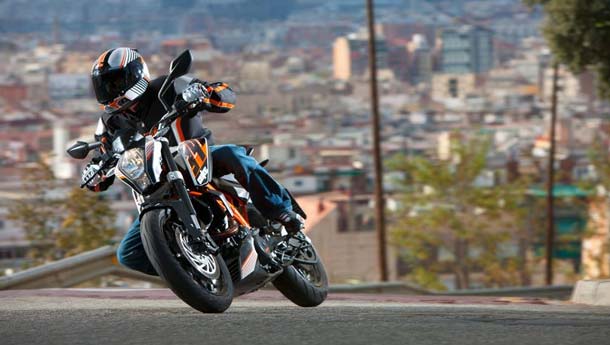 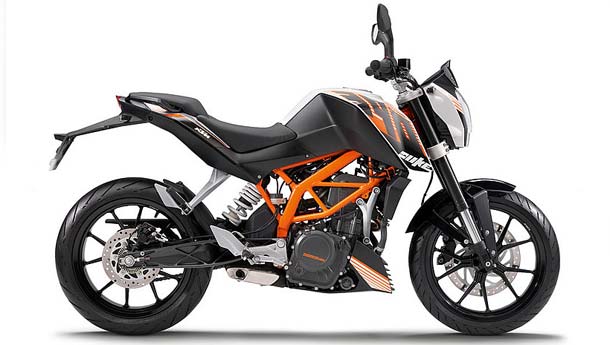 Motorcyclists, rejoice! If you were wishing for a light, fast, agile, fantastic-looking, well-specced and importantly, affordable motorcycle, your wishes have indeed come true. This is the KTM Duke 390, the 125/200 bigger brother and on the face of it, you might think that its a mild update but don’t be so sure just yet.

Yes, the equipment levels are the same as the Duke 200 and so are the looks, save for the graphics. In fact, most of the motorcycle  is pretty much the same except for one little detail: power. It might have gained 10 kgs over the 200 but it’s also gained horsepower, a whole lot of horsepower. The 200 makes do with 25.48 bhp while the new 390 makes nearly twice that figure with 43 horses coming in at 9500 RPM, courtesy a 375cc motor, which KTM claims is completely new. With a twin-cam, four-valve configuration, nikasil coated cylinders, forced lubrications and vertically stacked transmission shafts - typically KTM - it’s as cutting-edge as it gets. Now, you don’t need to be Einstein to know that a near-300 bhp/tonne motorcycle will be an absolute bomb to ride. To put things into perspective, Kawasaki’s 72 bhp/211 kg (wet) Ninja 650R manages just 41 bhp/tonne more than the 390.

Go to page 3 for the video!

The running gear remains pretty much the same with the 43mm WP USD forks up front, a WP monoshock at the rear complementing a die-cast swingarm, cast 17-inch alloys and sticky rubber provided by Metzeler, though the tyres will most probably be MRFs for the Indian market. The important addition here is ABS or Anti-Lock Braking System, which is a Bosch 9M unit that helps the braking setup provide the optimal amount of braking power. It’s going to be a definite plus, considering the fact that the 390 will be doing considerably faster and quicker times than the 200.

The cherry on top on this cake might just be the pricing. Since Bajaj will be making it here in India and most of the components will be shared between the platforms, there is a good chance the pricing will start at around...wait for it...Rs 2-2.25 lakhs! The difference between the 200 and the 390 in the UK is just 500 euros or Rs 35,000! So, it’s entirely possible that KTM can price the Duke 390 within that bracket.

Wait for this one - it’s going to be one bomb of a motorcycle.