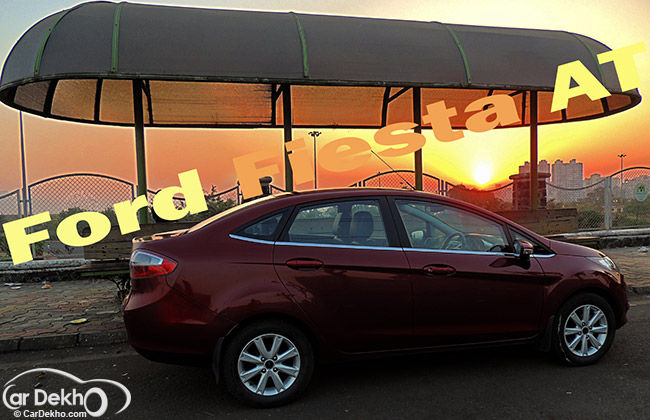 Fuel efficiency has been a very important factor ever since the oil shock of 1973 when the crude oil producing nations (OPEC) had proclaimed an embargo over oil production. This resulted in profound impact on world economy in general and automobile industry in particular. Later when issues concerning environment protection and pollution control took the much deserved centre-stage, the movement towards better fuel efficiency gained further traction. Tighter emission laws resulted in development and introduction of new technologies viz. electronically controlled fuel injection in gasoline engines and high pressure common rail direct injection in diesel engines. Fundamentally, these technological developments contributed towards better efficiency and lower emissions with the added benefit of higher specific power and torque. The equation - "better fuel efficiency = less emission+ higher power" holds true for modern automobiles. 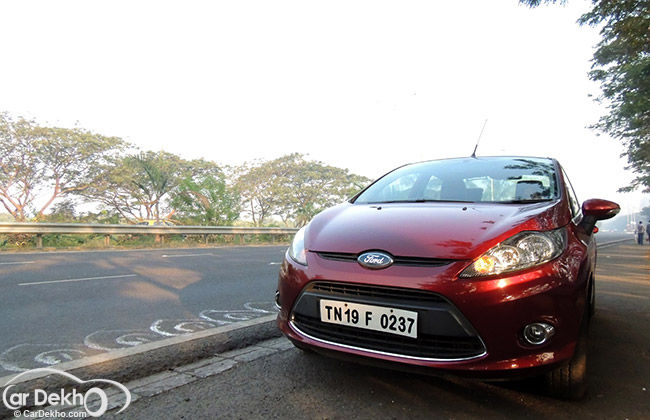 The word AUTOMOBILE intrinsically incorporates the concept and process of automation and in the continuous quest for increasing the automated processes in an automobile, the automatic transmission came to be developed. Historically, Automatic Transmission has been known to be a power sapping contraption which results in higher fuel consumption, comparatively slower acceleration and reduced driving pleasure. The basic reason being loss of efficiency due to torque converter (a type of fluid coupling) and lack of sufficiently high number of ratios to efficiently exploit the essentially narrow power / torque spectrum of internal combustion engines. Lately, the solution to this vexed problem has taken two routes. The direct shifting gearboxes (DSG transmissions) variously known as manumatic, triptronic etc. to reduce losses associated with torque converters and the continuously variable transmission (CVT) to increase the number of available ratios to infinity. 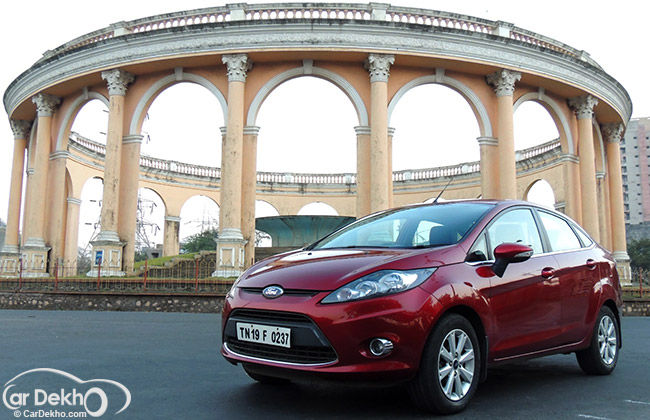 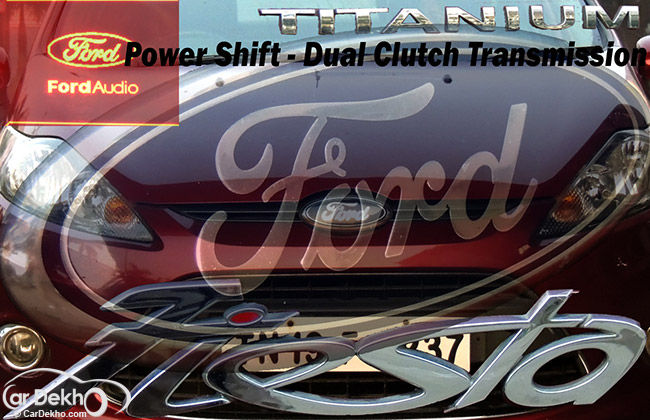 The Dual Clutch DSG Transmission is the USP of the package that Ford Fiesta represents. As explained earlier, due to simultaneous disengagement of one clutch and engagement of the other clutch, Dual clutch configuration results in extremely fast upshifts. The gear shifts feel much natural and the fun-factor which is normally associated with manual gearbox is more or less retained. Upshifts are lightning fast but downshifts aren't half as fast especially when the box needs to go down more than one ratio. Actually it isn't bad but the way upshifts take place driver's appetite for downshift gets vetted but remains unfulfilled. Apparently, the ECU controlling the transmission deliberately delays the downshift, especially when it is through multiple ratios; perhaps this is necessitated by the need to avoid jerks and therefore allows time to the engine to build up sufficient rotational speed before the much lower cog in the gearbox is allowed to engage. 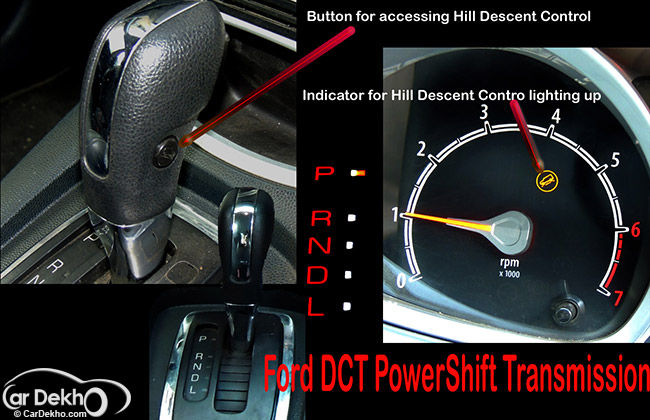 Although this DCT Power Shift transmission is quite adaptive to driver needs, I wish it had some options like Sport, Eco modes to play with the shift points and I would certainly like to add the Paddle Shifters to my wish list. Not that there is no option, there is a “L” mode but that is for hard core racing kind of environment as it allows the box to hold a gear almost till the red line – in this mode, the gearbox effectively selects the lowest possible ratio for the given road speed. Although there is a “hill descent feature” which is activated through a button on the gear lever, the only other use for “L” mode that I can think of could be when faced with a very steep descent where maximum engine braking would be desirable. Another useful feature is a “Hill Hold” feature which assists the driver in clean get-away when faced with steep slope. This feature doesn’t need any user intervention for activation / initiation and holds the vehicle from rolling back when starting up on inclines.

All said and done Ford DCT PowerShift doesn’t sap power like the conventional torque converter based Auto transmission. The result is that Ford Fiesta sporting a 1.5 L gasoline engine delivered more than 12km/l during my normal commute from Navi-Mumbai to Ballard Estate in downtown Mumbai while carrying a minimum complement of three adults at all times. And the story doesn't end there, let me explain, Fiesta is a pure driver's car and it was driven in the way that it deserves to be driven - with a firm right foot; the fuel efficiency figure of a wee bit over 12km/l (exclusive urban usage) must be seen in this perspective. 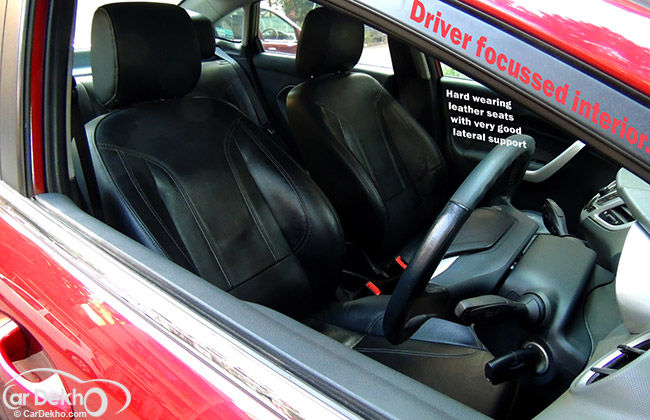 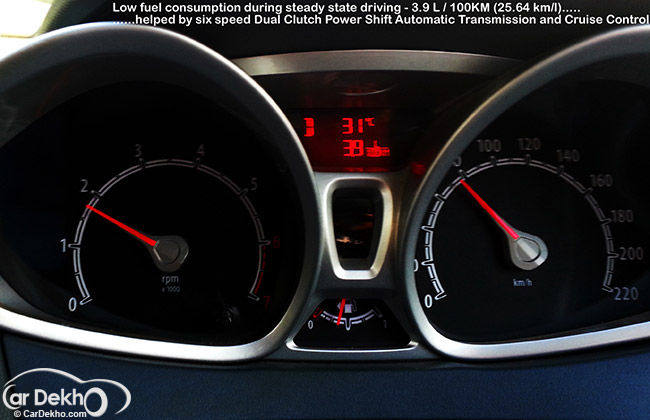 In fact at one point of time, on the rare occasion when it was driven under cruise control (on the Eastern Freeway), the fuel consumption figure display read as low as 3.9 l / 100 km (translates to 25.64 km / l) during steady state at around 85-90 km/hr. Actually, coaxing out better fuel efficiency from the manual transmission version of this car in urban use while driving at similar speed with similar load would be difficult for majority of drivers; it may entail a tedious and tiring job for a very competent driver who would be required to put his left foot and left hand  to almost uninterrupted use. It must be affirmed that the Ford DCT PowerShift Gearbox which comes with a ten years or 2,40,000 km service interval simply rocks. 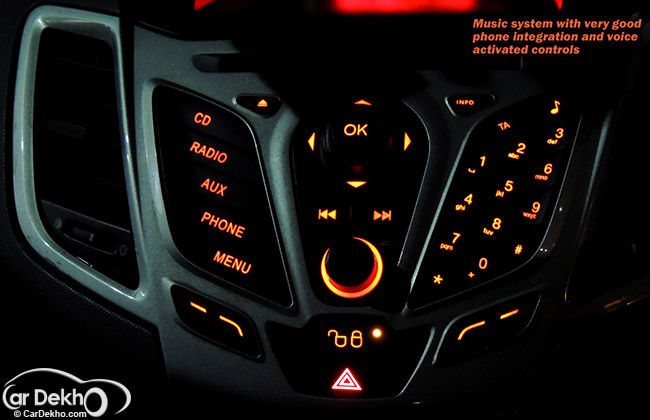 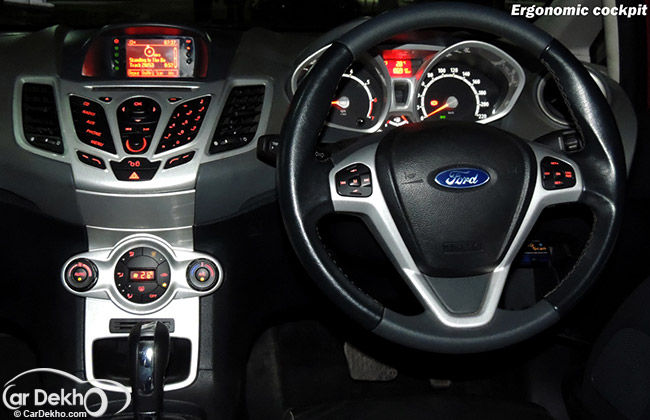 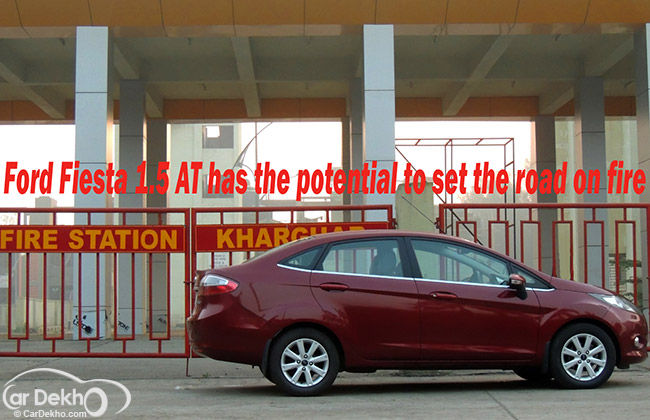 In addition to being fuel efficient to the extent that it doesn't seem to suffer any penalty on that count despite being an AUTOMATIC, Ford Fiesta AT, not only retains but exceeds, by quite a big margin, the sporty nature which had been a defining character of the earlier model (now rechristened as Ford Classic). This car shows its true colours when whipped around curves or made to weave around streams of fast moving cars while executing quick lane changes for blistering overtaking maneuvers on heavily trafficked but reasonably fast urban roads. Aided by broad tyres (195/60 R15), the essentially sporty nature of the Dual Clutch six speed Direct Shift Gearbox (DSG) allows the driver to use all the power placed at his disposal. Endowed with excellent structural stiffness and very competent suspension, Ford Fiesta faithfully executes every steering command with alacrity befitting its pedigree. 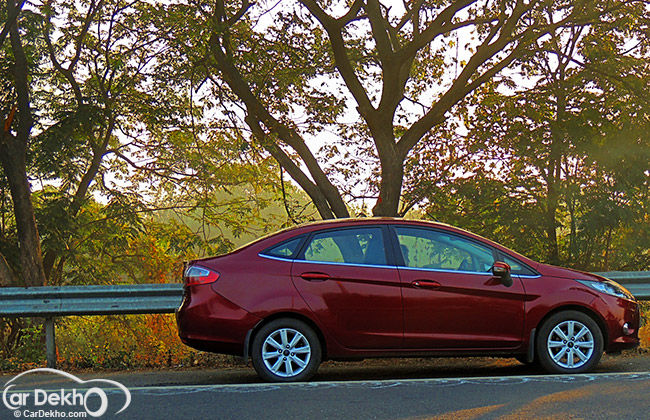 When Ford had introduced this Power Shift transmission with dry dual clutch there were a number of issues concerning gear shift quality and general refinement of the transmission. Apparently,  Ford released some much needed software updates for the transmission controller which seem to have licked the problem as gear shifts are executed with exemplary smoothness and there is absolutely no perceptible jerk or shudder emanating from the drive-train. The appropriately mapped ECU managing this Dual Clutch superfast transmission ensures that the opposing needs of seamless power delivery and excellent fuel efficiency are met without any bother to the driver. The only problem being the potential of this transmission unit to raise the driver's expectations to the extent where lack of different modes viz. "Economy", "Sports" and a gear position indicator in the dashboard becomes a bit conspicuous. Perhaps, with further developments, Ford may fulfill these desires in future iterations of this car / transmission. But let's hasten to add that despite the absence of different driving mode, the Powershift transmission is extremely competent in deciphering driver's intention from throttle inputs. It is only when throttle is forced down with extra enthusiasm that the driver may find fulfillment of his ambition delayed by a fraction of a second while the gearbox decides to execute the downshift to the lowest possible ratio. 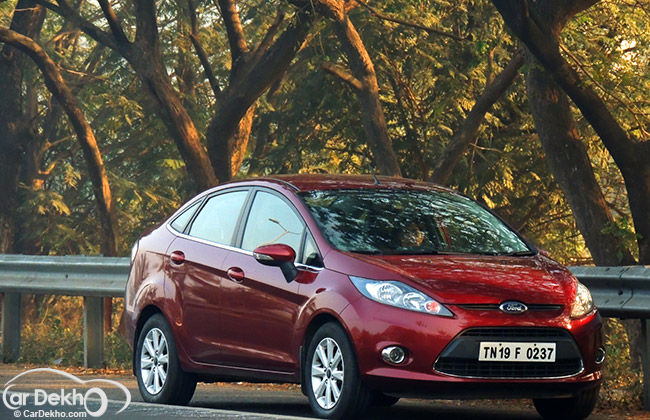 Although this story must remain true to the avowed purpose of evaluating the merit of contemporary automatic transmission in city traffic, I must concede that the Ford Fiesta has been most impressive in terms of sheer dynamic abilities that Ford has dialled through a very stiff body shell, sharp steering and competent suspension. 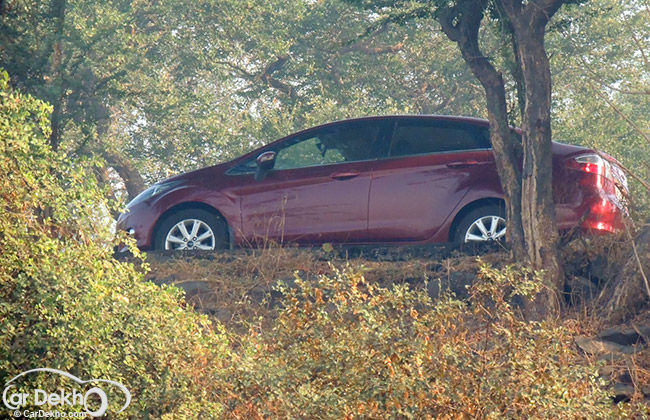 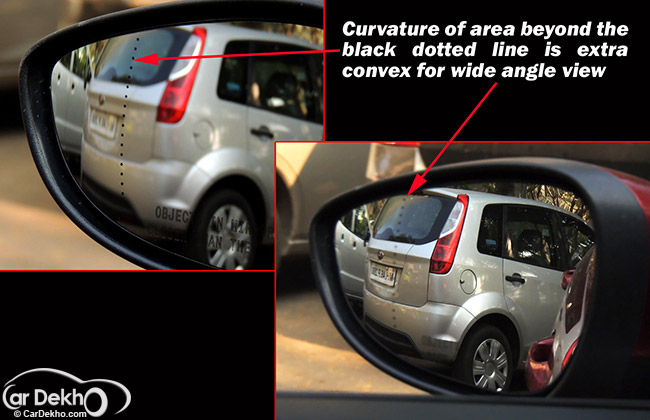 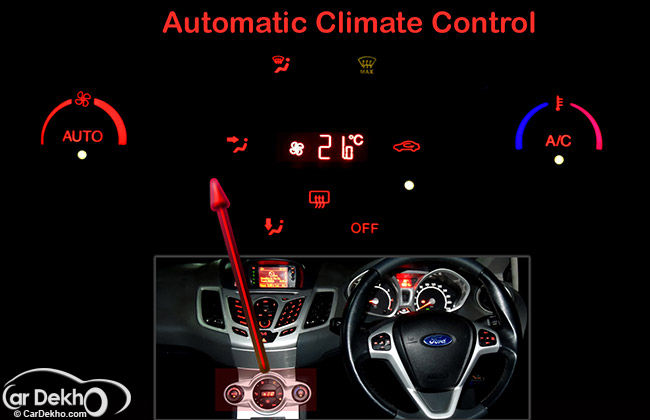 Use of ultra-high strength steel alloys and dual phase steel stampings has bestowed Fiesta with extremely rigid platform and it shows when the car is put through sharp lane change maneuvers when being driven at a fast clip on the latest showpiece of Mumbai - the gratifyingly fast Eastern Freeway. The full complement of electronic wizardry at play has resulted in a highly responsive electrically assisted steering which doesn't take anything away in terms of feedback and the usual ABS, EBD and ESP lend the much needed confidence while carving a delightful but fast paced meandering path through urban traffic. 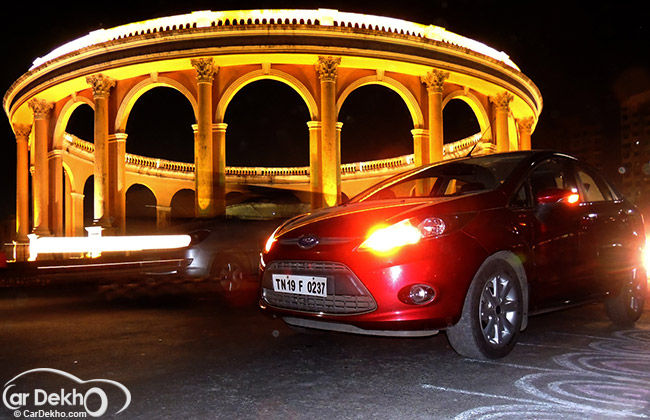 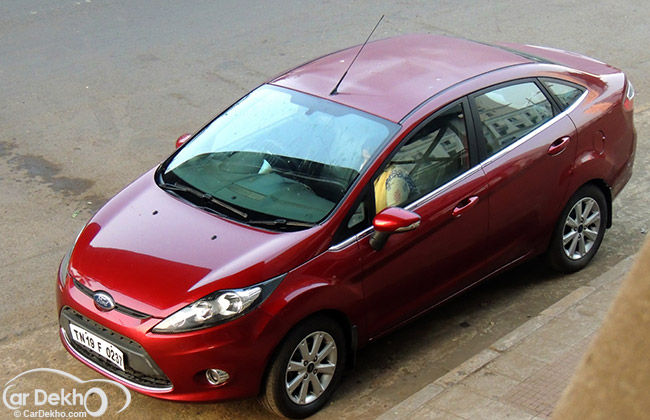 Waiting for that day.... In the meantime readers may wait for the next story about CVT (Continuously Variable Transmission) equipped cars to know whether it manages to better the performance and efficiency equation dished out by the very competent Dual Clutch Direct Shifting Gearbox.