The acquisition machine: Meet the man behind Motherson Sumi 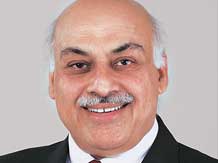 "Combining the two companies will create a leading supplier of wiring systems and components for the worldwide transportation industry," PKC said in a statement.


Business Standard is republishing a part of this 2016 article on Vivek Chaand Sehgal, the man who set up Motherson Sumi:


In times when 'under-promise and over-deliver' is the order of the day, few would dare to place lofty targets before stakeholders. And those who do this successfully tend to create history. This is exactly what billionaire Vivek Chaand Sehgal, co-founder and chairman of the $6.9 billion Samvardhana Motherson Group, is in the process of doing.


Sehgal's journey in the world of business started at the age of 18, when he tried his hand at silver trading. In 1977, he set up Motherson along with his mother to manufacture power cables. His foray into the auto component sector began in 1983, when his company entered into a technical agreement with Tokai Electric (now Sumitomo Wiring Systems) to manufacture wiring harnesses for Maruti Udyog. In 1986, Sehgal formed his first joint venture with Sumitomo Wiring Systems, which led to the establishment of the group's flagship company, Motherson Sumi Systems. Motherson Sumi is now one of the largest auto ancillary companies in India.


Success is best measured in numbers and Sehgal's company is easily a chart-topper by this yardstick. Sehgal says that modern-day gurus have taught him three things: top-line vanity, bottom-line sanity and that there's no better reality than having cash in the bank. Even though the company began its journey in the automotive sector in the 1980s, the company has grown at breakneck speed since 2000. Its revenues have grown at a compounded rate of 44 per cent between 2001-02 and 2014-15, while profit has grown at 35 per cent. A large part of this growth has come inorganically. His future projection too is a mix of organic and inorganic drivers.


Corporate history may be littered with failed acquisitions and joint ventures, but Sehgal has built his empire through a string of acquisitions - seven at last count. Some of these were made when the world was struck by the biggest financial crisis since the Great Depression. The first big acquisition was in 2009, When Motherson acquired the rear-view mirror business of Visiocorp plc UK and rechristened it Samvardhana Motherson Reflectec (SMR). This acquisition is relevant not only because it was made at the peak of the recession but also because the size of the company Sehgal was taking over was larger than his own. Today, SMR is one of the largest manufacturers of rear view mirrors in the world. This acquisition propelled the Samvardhana Motherson Group on to the world stage as an established global tier-I supplier.


In 2014-15 the company closed three other acquisitions - those of Stoneridge, a wiring harness business in the US; Minda Schenk, an interior and exterior plastic parts maker in Germany; and Scherer & Trier, an extrusion and hybrid parts maker, also in Germany.


The company has consistently achieved all the five-year targets it set for itself. After exceeding the $5 billion sales target in 2014-15, Motherson  set a new target. Earlier this year, when investors pummelled the stock after Volkswagen was caught in a storm over its emission-cheating software - Motherson derives over 44 per cent of its sales from the Volkswagen group - Sehgal remained unruffled. He reiterated that the company was on course to clock revenues of $18 billion by 2019-20 and in the process, no customer, country or component would account for more than 15 per cent of sales. While there would be some impact on volumes in FY16 thanks to the Volkswagen issue, JM Financial expects consolidated earnings to grow at a compounded 35 per cent a year between FY15 and FY18, supported by 17 per cent annual growth in revenues and a 280-basis points margin improvement.


Given the company's past record of meeting aggressive targets, investors are buying into Sehgal's vision this time around too.


Setting high targets and achieving them have become a habit for Vivek Chaand Sehgal, chairman of the $7bn Samvardhana Motherson Group, and a man known for his deep-rooted belief in the Divine.