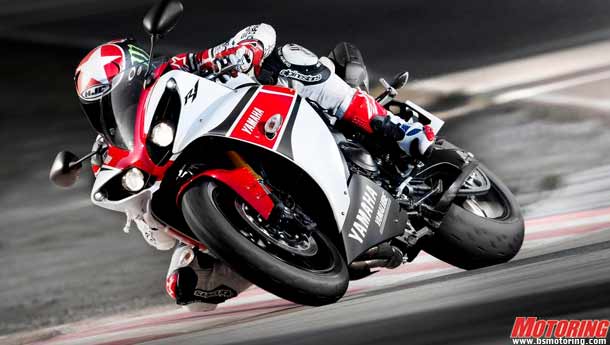 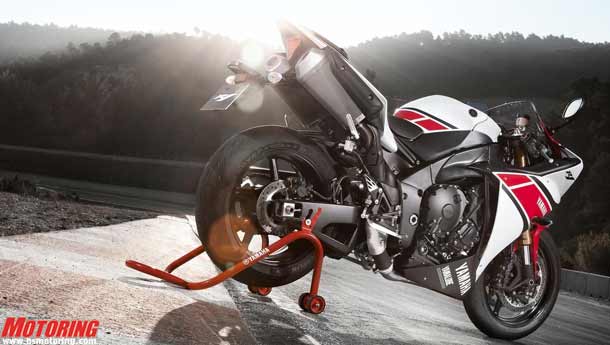 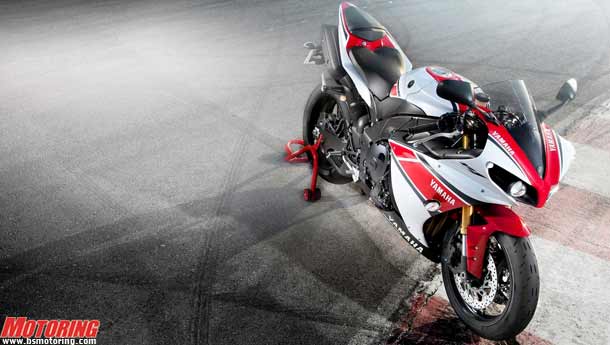 Yamaha’s famous R1 litre-class motorcycle has just been updated for 2012 with changes inside and out. If the earlier 2006 model had the famous yellow-black speed block Yamaha trademark paint scheme, this 2012 model will have the red, white & black Yamaha race colour scheme, a la the Assen TT-winning MotoGP racer.

The crossplane crankshaft-equipped engine is retained for 2012, which is reputed for providing incredibly linear power delivery to the tune of a low-pitched V-Twin-like drone. New for 2012 is the addition of a 7-stage traction control system, bringing it on par with its European competition, namely the Aprilia RSV-4 and the BMW S1000RR.

The front fairing has been updated with a new headlight cowl and LED lights.