Tesla's Model 3 to be introduced in India: Elon Musk

Tesla Motors, which unveiled its relatively lower-priced Model 3 sedan near Los Angeles on Thursday, plans to launch the vehicle in India as well. 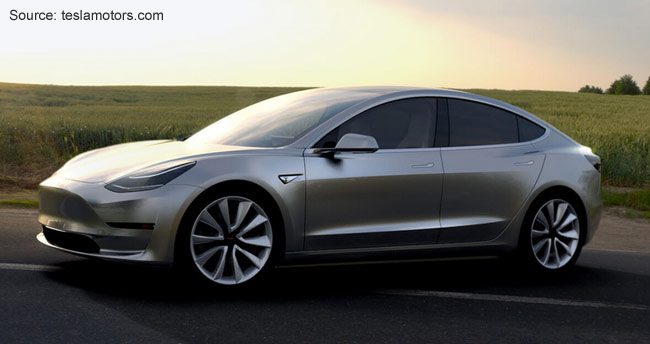 Prime Minister Narendra Modi had visited the Tesla Motors headquarters near San Francisco last September. Modi was keen to find out about the company’s compact battery system, the Powerwall, which is used to store solar energy. Modi and Musk also discussed the future of renewable energy and how India is one of the largest markets in the world.

The Model 3 is priced at $35,000 and the vehicle will go into production only next year. According to the company, more than 130,000 people have ordered the car. In fact, Tesla enthusiasts had camped overnight outside its stores across California with their deposit money.

The new model will accelerate from 0 to 60 kmph in less than 60 seconds and can travel up to 345 km on a single charge. Tesla faces a lot of competition for its electric cars with the likes Audi, BMW and General Motors also coming out with new models.