German automaker Audi has unveiled its Q2 Compact SUV at the ongoing 2016 Geneva Motor Show. The compact SUV is expected to eventually make its way to India and will be a loner in the segment, while filling in a spot just below the Q3 for the Audi’s India portfolio. The car is expected to go on sale in the European markets this year and in the year 2017, it might make its way to India.

The car finds its foundation in the parent company Volkswagen's MQB platform. At first glance, one can easily spot the LED headlamps, which are wrapped in LED DRLs. The headlamps break away from the current styling approach seen in the Q3 and are a lot more reminiscent of the design approach seen in the refreshed Audi R8, which was recently showcased at the 2016 Indian Auto Expo. 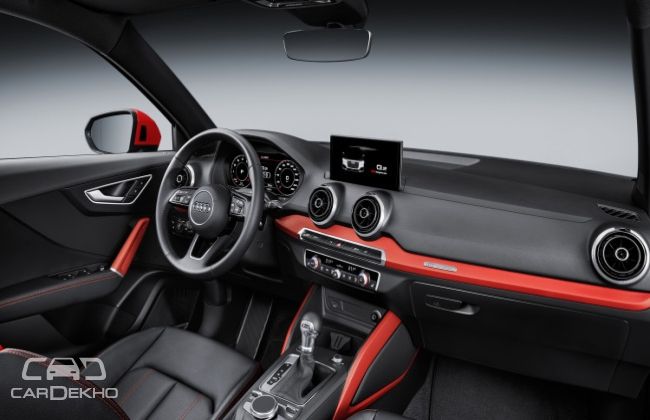 The car is relatively smaller as compared to the Q3, as one would expect and also features a coupe-like roofline. The contrasting colour scheme seen on C-pillar bestows the Q2 with a much more sportier appeal. As far as the interior styling is concerned, they seem to be a straight lift from the A3 sedan.

Under the hood, this compact SUV is offered with a range of power options, which include the 1.0-litre three-cylinder TFSI, which produces 114bhp of power and will be shared with the A1. Also, the automaker will release the car with a 1.4-litre TFSI petrol mill, which will be offered with cylinder-on-demand technology and topping the range will be the 2.0-litre TFSI powerplant, which is capable of producing a peak power output of 187bhp. 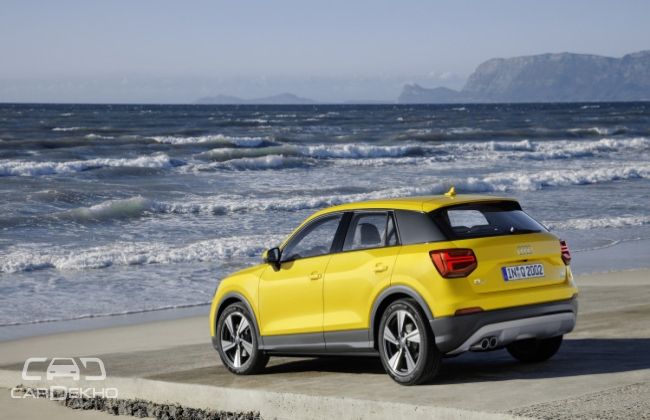 Undertaking the powerplant duties for the diesel variants is Audi’s 1.6-litre and 2.0-litre mills and even though the 1.6-litre mill will only be made available in one state of tune viz. 114bhp, the 2.0-litre unit will be offered in power output states of 148bhp and 187bhp.

The powerplant options will be offered with a 6-speed manual transmission and the S tronic automatic gearbox might be made available as an option on the 2.0-litre diesel and petrol model.