Terrano to last cross-badged product in near term: Nissan India 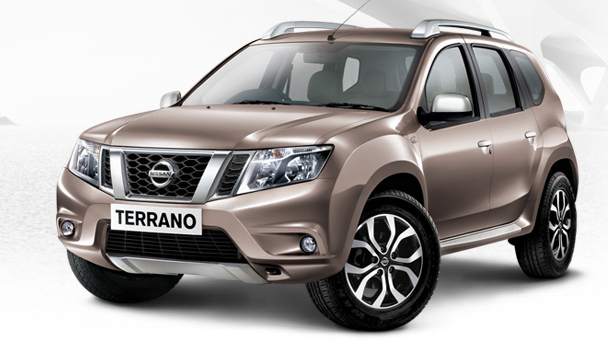 Nissan Terrano, the premium compact Sports Utility Vehicle (SUV) of Nissan Motor India would be the last cross-badged product in near term.

The company is expecting its Datsun model of products to come out early next year, according to Kenichiro Yomura, President of Nissan India Operations and Managing Director and CEO of Nissan Motor India Pvt Ltd.

Responding to whether Terrano would be the last product shared with Renault, Yomura said, “In near term, yes, this is the last one. But Renault and Nissan shares a platform for most of the products”.

He was speaking to reporters on the sidelines of the launch of the company's compact Sports Utility Vehicle (SUV) Terrano in Chennai.

Earlier, Renault has rebadged some of Nissan products, for instance, Renault's Pulse and Scala were rebadged models of Nissan's Micra and Sunny, respectively. Nissan has rebadged Duster of Renault in its new model

Terrano. However, the companies later said that they would not be looking at rebadging other models.

Terrano is also the last launch from the company for this calender year, while it is planning to launch the first model of Datsun brand early next year.

The company is expecting sales to the tune of 100,000 units in the domestic market in the current fiscal year, though the market conditions are against it.

“We are expecting sales of 100,000 units in the domestic market this year. But the market condition is not in favour of us, we will try our best,” Yomura. The domestic sales for the company was 37,000 units last year. It is also looking at the exports to be in the similar level to the exports last year, which is around 1,00,000 units. It has sold around 13,000 units from April to September, this year.

The company currently has a manufacturing capacity of 4,00,000 units per year, which could be ramped up to 4,80,000 units a year, by putting more resources like manpower and starting one more shift.

Currently, the company is producing approximately 3,000 units of Terrano per month and in the first 40 days it has around 6,000 units bookings. Through Terrano, the company is trying to create a new segment and it would look at exports of the model if there is a chance, he added.

The company announced the ex-showroom price of Terrano in Chennai to be in a range between Rs 9.58 lakh to Rs 12.44 lakh including the petrol and diesel variants.