The Rs 415-crore offer for sale (OFS) launched by MNC firm Federal-Mogul Goetze got a cold shoulder, with investors subscribing to less than 10 per cent of the shares on offer. The 12.14-million share offering got bids for just 114,734 shares. Meanwhile, Federal-Mogul’s shares hit the 5 per cent down-limit for the third day in a row.

Market participants said high valuation and low liquidity at the counter was behind the poor response.

The base price of the OFS was Rs 342, a 25 per cent discount to the stock's closing price on Friday. Shares of Federal-Mogul on Tuesday ended at Rs 391.

The poor response to the OFS complicates the matter for Federal-Mogul’s promoter Tenneco, an automotive product manufacturer. The US-based firm has to bring down its holding from current 96.82 per cent to below 75 per cent to comply with the minimum public shareholding norms by January 2021.

Following an indirect change in ownership, Tenneco launched a mandatory 25 per cent open offer in Federal Mogul, which concluded in January. Following the open offer, the promoter shareholding went up from 74.98 per cent to 96.82 per cent. 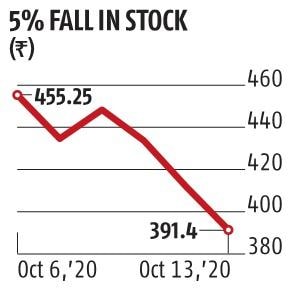 
During the hearing before SAT, some minority shareholders, had argued that the fair value for the company was nearly Rs 1,877 per share.


Industry players said Tenneco might have to relaunch the OFS after gathering market feedback over the valuation.