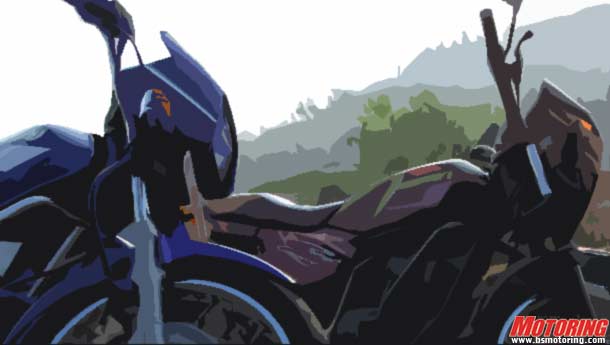 Two legendary motorcycles that, in the dying days of 'strokers in the country, punched the emission friendly world in the nose and put rest to the debate that two-strokes are infinitely superior over four-strokes.

Why did we do it?

150s are getting faster, but don't that threaten to throw us off our saddles. There hasn't been a litre bike launch in a while. And this duo has never been brought together before. By the way, the Shogun and RX-Z are the fastest single-cylinder two-strokers ever made in the country.

How did it happen?

The RX-Z belongs to a dear friend who had added precious old machines to Vaishali's, Kyle's and my garage. He has a mad fascination for RX-Z 5-speeders, and he called around one fine day to say he bought one. Then he loosely mentioned his friend's immaculate Shogun. And this story started taking shape.

What do we have to say about it?

Just seeing the two machines come together was an epic moment of my motoring journalism career. Parked against the white sands of a beach on the outskirts of Alibaug, the two motorcycles looked ever-so-desirable. Oh, and while the owners weren't looking, Kartik and I sneaked the bikes away for some drag racing fun.