Tax bumps ahead for diesel cars 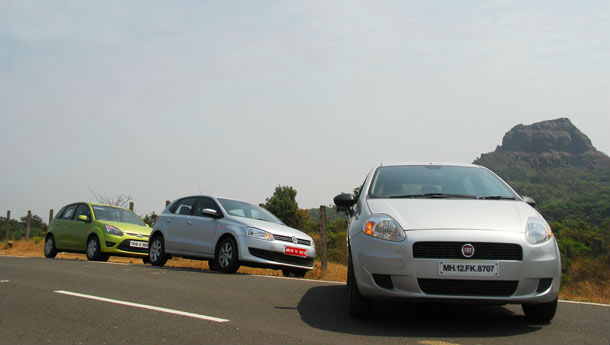 At a time when diesel-powered vehicles have been driving sales in the country’s otherwise sluggish automobile market, the industry has been hit by a double whammy. First, a proposal to levy an additional annual road tax of up to Rs 50,000 on diesel sports utility vehicles. Second, a suggestion before the Supreme Court to impose an environment tax of 25 per cent (of the cost of the vehicle) on diesel vehicles to curb the growing levels of pollution in the Delhi-National Capital Region.

These have raised concerns in the domestic automobile industry, battling slow sales and high interest rates and fuel prices. “On an average, diesel vehicles are tagged 20-23 per cent higher than ex-showroom prices of petrol variants. Once Euro-V emission norms come into effect, vehicle prices would automatically rise Rs 40,000. If there are additional levies, it would certainly put manufacturers’ investments to increase diesel capacity in jeopardy,” said a senior industry executive.

“Through the last two years, automobile companies have invested Rs 22,000 crore, a major part has gone into increasing diesel production capacity. If there is so much ambiguity in government policy, how would the industry take decisions on investing in the country?” asked Vishnu Mathur, director general, Society of Indian Automobile Manufacturers.

In Delhi, petrol is 43 per cent more expensive than diesel. High petrol prices have led to an increasing number of consumers opting for diesel cars in the last year. In the first half of this financial year, while diesel vehicle sales rose 40 per cent to account for about 53 per cent of the passenger vehicle industry, demand for petrol vehicle fell 20 per cent.

Companies such as Maruti Suzuki, Hyundai Motor India, Volkswagen, Honda Cars India and Volkswagen have announced plans to set up diesel engine manufacturing units in the country to meet the growing demand for diesel cars.

While Maruti Suzuki has committed investment of Rs 1,700 crore to enhance diesel engine production capacity to 3,00,000 units by 2014, Hyundai has approved investment of about Rs 1,600 crore to set up a new engine plant and metal press shop.

“The demand for diesel vehicles has been spurred by the subsidy offered on the fuel. The government realises this, and a correction is necessary. Fuel prices should be market-regulated. But instead, if the government decides to impose additional taxes on diesel vehicles, it wouldn’t be an optimum solution,” said another senior executive, on condition of anonymity.

Separately, senior advocate Harish Salve, who has been assisting the forest bench of the Supreme Court for about a decade, has sough a 25 per cent environment tax on diesel vehicles, arguing the benefits of the entire public transport system in Delhi switching to compressed natural gas were lost, as a large number of diesel cars were added to the city’s traffic everyday. To encourage people to use public transport systems, Salve also sought an annual environmental compensation charge of two per cent (for petrol vehicles) and four per cent (for diesel vehicles) of the cost of vehicles.

“There are two issues. First, the imposition of additional taxes to recover the fuel subsidy on diesel vehicles. Second, environmental concerns are being raised assuming diesel technology is not clean. If diesel vehicles are meeting BS IV emission norms, as have been outlined by the government, there is no point saying they cause pollution. Instead, all old vehicles that don’t meet emission norms should be taken off the roads,” Mathur said.

P Balendran, vice-president (corporate affairs), General Motors India, agreed. “Personal vehicles account for 1.03 per cent of the diesel consumed every year. The agriculture, power and truck segments consume 18.3 per cent, 6.6 per cent and 37.3 per cent, respectively. Then why should levies be considered for passenger vehicles?” he asks. The Delhi-National Capital Region accounts for about 29 per cent of all passenger vehicles sold in the country.