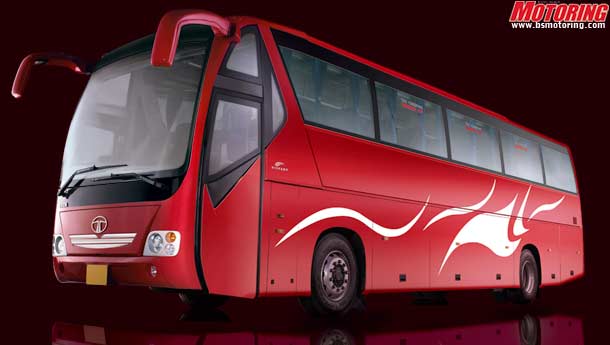 Tata Motors, the country’s largest automotive producer by sales, will launch Divo, a luxury AC coach meant for intercity long-distance operations, in the first quarter of the next financial year.

“As of now, five Divos are under trail run on the Indian roads. With Divo, we will directly compete with Volvo and Mercedes. This will be an international product at an Indian price. Hence, we will be 10 per cent less expensive than our competitors,” said Ashish Tandon, head (marketing, buses).

Divo, whose styling comes from Spanish bodybuilding company Hispano Carrocera, is now a fully-owned subsidiary of Tata Motors, is BS-III compliant and powered with a 285-horse power Cummins engine. The standard variant seats 46 and can be customised according to passenger and operator requirements.

He said the company was expecting to sell 300 units.

“The total size of this market is 500 units a year; we are aiming at 300 units. A 100 this year and 300 from the next,” he said. The company currently enjoys 50 per cent share of the 70,000-unit per year Indian bus market and expects to increase the share with the new launches.

Tata Motors is expected to introduce the Tata Hybrid Starbus in the next quarter. The low-floor hybrid, designed for “stop-and-go” operations, is powered with a parallel hybrid engine comprising an internal combustion CNG engine and an electric motor using a regenerative energy storage system.

Volvo’s hybrid roll out likely to be delayed

Meanwhile, Swedish vehicle maker Volvo Corporation on Wednesday said the launch of its hybrid bus in India is likely to take a few more years. “Since 2008, our hybrids are running successfully in Sweden, London and other European countries. We will launch it (hybrid bus) in India as and when we feel that the market is ready. It will take a few years for the market to move to the next level,” said Akash Passey, managing director of Volvo Buses India Private Limited.