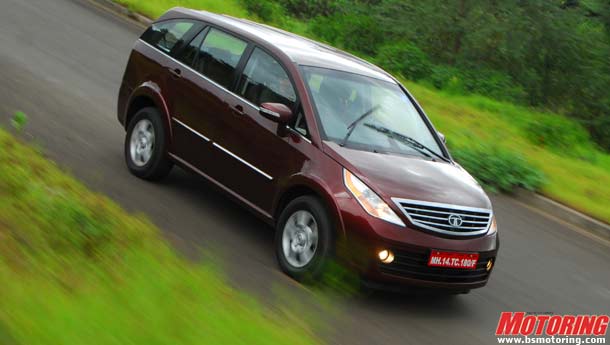 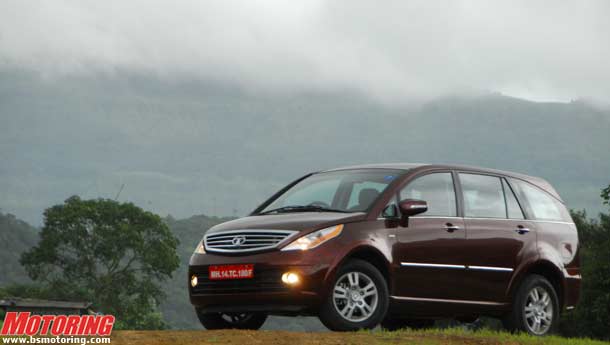 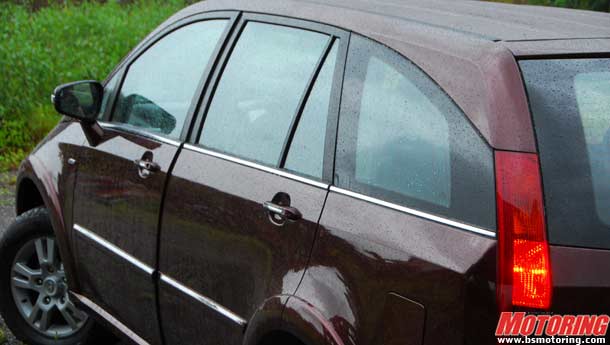 Recently, there was a new occupant in the Tata Motors showroom — the Aria crossover. Staff trained specially for the vehicle could be seen extolling its virtues to prospective buyers. The Aria, which means an expressive melody in Italian, is the company’s most expensive offering till date — the seven-seat crossover is priced between Rs13 lakh and Rs16 lakh (ex-showroom, Mumbai). Tata Motors is known best for the low-cost Nano and its competitively-priced hatchback (the Indica), sedan (the Indigo), multi-utility vehicle (the Sumo) and sports utility vehicle (the Safari). All sell at prices way below rivals. The Aria is meant to move it up the value chain. Prosperity in the country is on the rise and people are ready to look beyond the price tag. Tata Motors cannot afford to miss the bus.

This has begun to show in the sale numbers. MUV and SUV sales have jumped 21 per cent to 154,372 in the first six months of 2010-11. Market observers say the Aria is Tata Motors’ attempt to regain market share in the MUV and SUV market. According to data provided by the Society of Indian Automobile Manufacturers, the share of Mahindra & Mahindra (the Scorpio, Bolero and Xylo) has gone up from 43 per cent in 2007 to 55 per cent in 2009; during the same period, Tata Motors has fallen from 22 per cent to 13 per cent. Others in the fray are Toyota (the Innova and Fortuner), General Motors (the Tavera and Captiva), Honda (the CRV), Maruti Suzuki (the Grand Vitara), Hyundai (the Terracan and Santa Fe) and Ford (the Endeavour) — rivals that cannot be taken lightly.

Clearly, the market is cluttered. How will the Aria stand out? “As a luxury crossover, the Aria will address many of the disadvantages of the traditional SUV,” says Sunil Saxena, the head of utility vehicles product group, Tata Motors. The market has also been rife with speculation that Tata Motors has leveraged the skill sets of Jaguar Land Rover, which it acquired in 2008 from Ford for $2.3 billion, for the Aria.

The respondent pool included owners of sedans, MUVs as well as SUVs. At the end, Tata Motors concluded that sedan owners wanted a higher sitting position and ground clearance, and the ability to drive comfortably on unpaved or potholed roads. MUV owners, on their part, wanted better styling, whereas SUV owners were looking for better ride quality and handling. Ingress and egress were also a concern for SUV owners. The learning was vital. The company learnt, for instance, that higher step-in height, though it gives a macho image, doesn’t work well with the older women in the family who might be battling arthritis. “The ground clearance in our crossover is much lower than in an SUV; it makes it convenient for Indian women (in saris) to get in and out of the vehicle with ease,” says Saxena. “The Aria’s design will win over the woman in the family who is not sold on the macho image of an SUV.”

Game changer?
In the last few years, Tata Group has tried to unlock value at the bottom of the pyramid, whether through Ginger budget hotels, the Nano or the Swach water purifier. Does it have what it takes to sell in the premium space? To be fair, the Tata Group is not a total stranger to luxury; it does, after all, operate the Taj chain of luxury hotels and sells Jaguar and Land Rover cars across the world. But rivals say Tata Motors will have to acquire the DNA to sell a premium crossover like the Aria.

Saxena doesn’t appear perturbed. “When we decided to enter the passenger car segment, critics were unsure whether we would be able to deliver. Today, the Tata Indigo is the highest-selling car in its segment,” says he. “There was a poor perception of Japanese cars in the United States until Toyota launched the Lexus in the premium category.” That may be true. Closer home, Mahindra & Mahindra was just a tractor maker till not so long ago; it is now better known as an SUV and MUV company — a perception that will strengthen with its acquisition of Ssangyong Motors in South Korea. On the other hand is the example of Maruti Suzuki — in spite of its dominance of the Indian market, it has not been able to make a dent in the higher end of the market. So, if recent history is anything to go by, the Aria experiment could go either way.

Still, Tata Motors is aware of the pitfalls. Cars like the Toyota Innova, Force Motor’s Trax, Tata Motors’ Sumo and Mahindra & Mahindra’s Bolero are used as family cars but also show up in taxi fleets. This fetches sale numbers all right, but does great harm to the brand equity. Tata Motors learnt it the hard way with the Indica — its perception took a beating when it became the preferred choice of taxi operators. “With the Aria, we are not looking at this space,” says Saxena. The company is not pinning its hopes on fleet operators, but is targeting the wealthy family buyer who will find in the Aria a status symbol. Competitors feel the market is growing fast and Aria’s launch will only grow the market further. “Every car company has its own positioning, so we don’t view the launch as a threat,” says a rival manufacturer who does not want to be named.

Some automobile experts agree that Tata Motors has learnt from its mistakes and has vastly improved the quality of the Aria. Recently, the company gave the Indica a new lease of life with the Indica Vista. Similarly, the Tata Manza with its refreshed diesel engine, spacious interiors and refreshed design raised the bar in the saloon segment. With the Aria too, from reliability of its components to the interior finish, the company has not only aimed to offer a premium product but also rectify issues which plagued its previous offerings. One of the USPs of the Aria is the 4x4 wheel drive which offers greater traction compared to rivals like the Innova and Xylo. This improves safety of the passengers, particular in difficult road conditions.

The Aria’s interiors too have seen a step up when compared to the other cars from the Tata Motors stables. For example, the quality of the plastic used is of a superior quality, claims a member of Business Standard Motoring who has reviewed the crossover. Features like the centre console display and stereo controls look of a higher grade. In terms of space, the front and middle row can comfortably seat adults. The problem area is the third row which hardly has legroom, a definite flaw given that the car is built to be a family car.

The product is perhaps just one half of the story; the other is retail. Rivals say the real ace that Tata Motors has up its sleeve is its distribution network. Indeed, the company has 240 dealers across the country, which is next in size only to market leader Maruti Suzuki. To begin with, the Aria will be made available in 65 dealerships in 25 cities; later, all the dealerships will be given the crossover to sell.

But more needs to be done. The retail experience can make or break a sale. Car makers do extensive training at dealerships — right from the doorman to the test drives. And premium customers are finicky; they want a premium experience at the dealership. Selling to such customers is a different ballgame than to a taxi operator or a value-conscious buyer. “Educating the Indian consumer about the distinctive features, for which a little premium is to be paid, will be a challenge. We hope to tackle it through an ongoing marketing campaign which will inform consumers of the distinctive features of the Aria,” says Saxena. “Currently, we have trained staff across our dealerships to educate potential buyers about the uniqueness of the car.” Thus, the salesman who interacts with potential customers of the Aria is dressed differently from the other salesmen in the dealership. He is also trained to speak the language of the premium buyer.

Tata Motors’ tryst with the premium customer has begun. May the best salesman win!