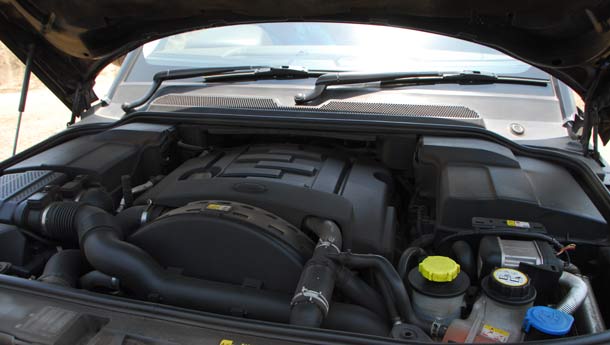 Tata Motors’ cars could run on the same engines that would power the next generation of vehicles at its British arm, Jaguar Land Rover (JLR).

A £1-billion (Rs 7,300 crore) research and development (R&D) programme at JLR this year includes a joint engine manufacturing programme in Britain and India.


In a first-of-its-kind integration plan, teams from both the brands are looking to jointly develop engines for high-end Tata Motors’ products and JLR’s smaller entry-level products. The new range, which could be less than two litres in size and powered by four cylinders, would be more fuel-efficient than the engines that both the brands have at present.

JLR wants to shift from the bigger six- and eight-cylinder engines to four-cylinder engines. One reason for this is pressure from environmentalists for reducing the carbon footprint.

While the two premium brands may continue to buy the bigger engines from their former owner, Ford Motor Company, Tata Motors aims to become a mass producer of the smaller range.

Building engines in-house will reduce the group’s dependence on Ford, which has been facing constraints following a sudden spurt in orders from JLR. Also, multiple use of common engines and transmissions will improve economies of scale.

The R&D programme will include spending on new technology, new products, production capacity, emission technology and a proposed joint venture in China, according to a recent company note.

The location of the new engine plant, which may come up in India or the UK, is under discussion. Sources said India, with lower manufacturing costs, could have an upper hand, but a lot would depend on the quality of parts supplied by the Indian companies.

Supply of parts is not as big an issue in India as it is in some developed markets, where component makers have failed to ramp up capacities to suit demand.

The demand for smaller, yet powerful, engines is driven by the fact that both Jaguar and Land Rover are scaling down models to cater to the more mass, yet luxury, segment.

This new range can generate better demand in emerging markets such as China and India due to their lower price tags, say market watchers.

While Land Rover has finalised production plans for the Range Rover Evoque, the smallest Range Rover till date, Jaguar is targeting the segment dominated by the Mercedes-Benz C-class, BMW 3 Series and Audi A4.

Under an earlier plan for the two brands, about 40 models, including upgrades, are planned with a variety of engine options over the next five years. The two brands were till now competing against more premium brands such as Porsche and Aston Martin.

Tata Motors and JLR may also look at joint development of platforms. Tata hopes to expand its global footprint using these new platforms.

“Tata Motors aims to expand its international business with a focus on select markets, for which opportunities are significantly enhanced through our new platforms and products. Strong R&D capabilities and generating options to explore alternative fuel and hybrid technologies could create synergies with JLR’s plans for the future”, said a Tata Motors note.