Tata Tiago to be launched on April 6

Tata Motors will finally launch the much-awaited hatchback 'Tiago' on April 6. Earlier named as Zica, it was expected to be launched around the Auto Expo 2016 which concluded in the first week of February. 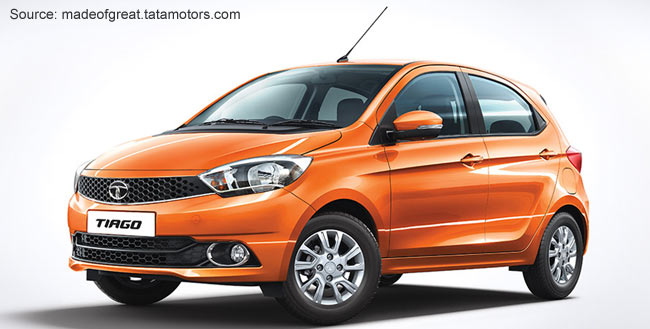 However, the company had to drop the name 'Zica' after the deadly virus 'Zika' surfaced and made headlines around the world. It is said that the similar sounding name forced the Indian automobile giant to delay the launch as well.

Available in both petrol and diesel engine options, the petrol version of Tata Tiago is powered by a 1.2 litre 3 cylinder all-aluminium engine that Tata calls Revotron. It produces an 85 PS @ 6000 RPM and 114 Nm of torque @ 3500 rpm.

The car is expected to be priced between Rs. 3.5 lakh and Rs 5 lakh (ex-showroom Delhi). Tiago is expected to compete with Hyundai i10 and Maruti Celerio.