Tata Motors have introduced the new Safari Storme 400 in India with an updated engine, priced at INR 15.50 lakhs (on-road, Pune), which is an increase of 4500 approximately over the earlier model. The new Tata Safari Storme is badged as'Varicor 400' andis available only in the VX trim.

Tata wants to make the best of the festive season and hence has introduced the Varicor 400in the festive seasonto garner a significant number of bookings for the same. The updated 2.2-litre 4-cylinder engine makes 155 bhp of power and a massive400Nm of torque, which is up from 149bhp of power and 320Nm torque in the earlier version. Tata Motors have also introduced anew 6-speed manual transmission with the Varicor 400. The Tata Hexa which is replacement of the Aria will also carry the same engine and transmission combination. 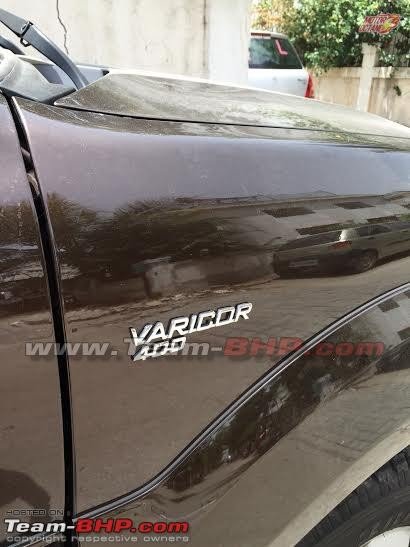 Along with the new engine, the Tata Safari Storme Varicor 400 also gets a self-adjusting clutch mechanism. Other features like the Bluetooth-enabled Harman music system, reverse parking sensors and multi function steering wheel have been carried forward from the earlierSafari Storme. It also offers dualairbags, ABD with EBD and disc brakes on all four wheels.

TheSafari400 has thesameinteriorslike the existingSafariStorme and there will even be a new morepremiumversion and in the near future . Tata is also working on anautomaticversion on theSafari400. The six-speed ZF transmission has been tuned and tested for thisSafariengineand will be fitted in the same.There are no changes in the exterior styling as well. Booking for the Safari Varicose 400 are open and deliveries of the same could take about a month.