Tata Safari Storme vs Mahindra XUV5oo vs Renault Duster: And then there were three 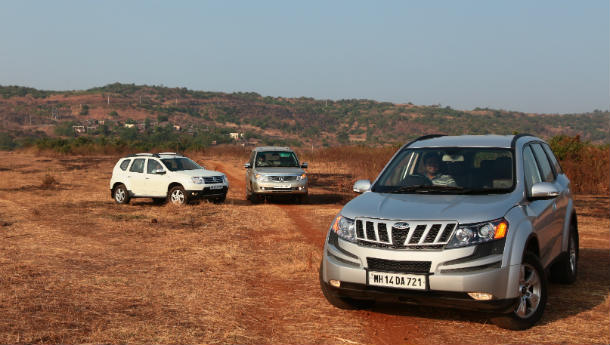 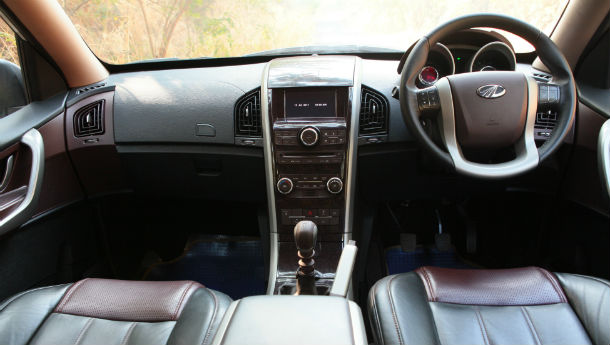 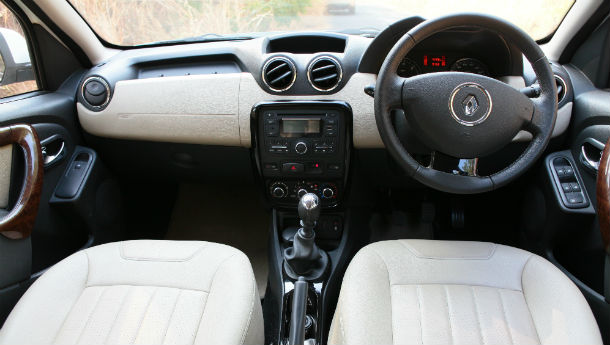 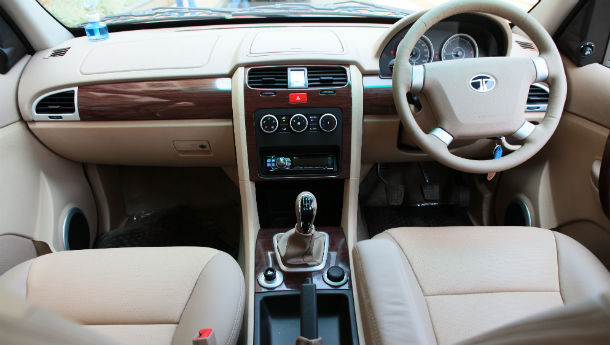 It’s clear from the Society of Indian Automobile Manufacturers’ annual statistics that the SUV and UV segment has grown faster than any other segment in the country. What is also clear is that this may be the trend for some time to come. And what you are looking at here are three SUVs that will tug at your purse strings every time you look at purchasing that C or D-segment sedan. One of them is what actually started the SUV culture in the country, the Tata Safari — it is now in its second iteration, badged as the Storme. Mahindra’s cracker of an SUV, the XUV5oo, pretty much rejigged the space last year while French carmaker Renault, which has had a sombre start, suddenly found legs and has been sprinting on the sales charts after the launch of its Duster just months ago.

Clearly, the new Safari has a serious task at hand, especially since it flanks both of them and is trying to find a sweet spot, despite moving more upmarket. But is it a case of too little, too late? We’ve put the three through some tests. Let’s take a look.

LOOKS AND ENGINEERING
The Safari Storme is the only one here that uses a body-on-ladder platform. It continues the tradition, but uses a hydroformed body, just like the Aria crossover. The advantage is that the chassis now weighs a good 35 kg less than its predecessor and is 50 per cent stiffer. In fact, the Safari weighs an impressive 75 kg less, which, for a body-on-ladder vehicle, is excellent. Then you realise that the car still weighs a good two-tonne plus, which makes it rather portly. On the outside, the looks are more evolutionary, until you start scratching the surface and stare at it. Then the differences become more apparent. The one-piece side cladding, for instance, makes the Storme neater and less fussy. The door handles are now the grab type, unlike the older ones that were particularly difficult to grip. The cheese grater grille in the front looks overdone and so does the Storme badging on the chrome strip up front. In fact, the best portion of the design is the rear three-quarter. Yet, the evolutionary looks mean it isn’t good enough to turn heads and that could be an opportunity lost, considering the second generation has emerged a good 14 years after the first one.

The XUV5oo’s OTT design elements do distract, but if you concentrate on the basic shape, it’s a more modern, svelte looking SUV — just as international as crossovers and SUVs from Europe or Japan. Being Mahindra’s first homegrown monocoque, the XUV has a whole bunch of other firsts, including a transaxle and plastic front fenders. Weighing over 300 kg less than the Storme, the weight difference becomes apparent when you open and shut the doors.

INTERIORS
These are three very different vehicles on the inside too. The Safari continues with the traditional two rows of front facing seats and side-facing bench seats at the rear. It also has the same acres of room that made the original Safari such a hit eons ago. The seats are comfortable and supportive and the side-facing seats offer decent space for medium-sized adults. Another big improvement is the quality, fit and finish. The dashboard has soft touch plastics, the door handles don’t have any rough edges and the trim doesn’t feel like an afterthought. In fact, the quality of materials used feels much better than the XUV in some places. The controls no longer feel flimsy; in fact the tactility of the materials makes it more upmarket. The downside is it isn’t as well kitted for the price. For instance, the air-con has manual controls, the stereo feels a bit aftermarket, the reversing camera has been replaced with sensors linked to a graphic on the rear view mirror and it comes without cruise control or any of the razzmatazz that has wowed XUV buyers. It feels barebones, and I am not too sure about some of the control placements — especially the stereo volume control, which otherwise would have been the headlamp stalk! Nor does the placement of the fuel-lid button next to the power windows on the door pad make much sense — you could accidentally use either of them for the purpose other than intended.

Step out of the Storme and into the XUV, and it feels inviting at first. The interiors are more car-like; you can’t help but notice the large number of features and buttons at your disposal and the ease with which you can get in and out of it. Then, some things start to bite; the plastic shroud for the centre console feels cheap and shiny and quite a few controls don’t have the chunkiness and ease of use as on the Safari. What you get are another set of supportive seats and the third row too has reasonable space, though it is best left for children. Yet, the XUV is all about features in this category; automatic climate control, reversing sensors, six airbags (on the W8), cruise control, GPS, hill descent control, ESP... Pretty much the works! All three vehicles get aircon vents for the second row, the XUV gets for the third as well.

POWERTRAIN AND PERFORMANCE
The Safari and XUV come with engines that have a similar cubic capacity: 2.2-litre. The Safari produces just 2 bhp less (138 bhp vs 140 bhp) and has just a trifle less torque versus the Mahindra. The Duster on paper has the least power and torque on offer (110 bhp, 25.1 kgm), but all the differences come to a nought due to the kerb weight on each of them.

What you do need to know, though, is that the Storme’s motor is pretty refined. Having borrowed most of its improvements from the Aria, the motor feels rather smooth in this company. What it lacks is performance off the line. The heavy kerb weight bogs it down before it starts to sprint past 1800 rpm. By which time the other two have left it behind. The XUV’s short first gear gives it a bit of an advantage as you take off, but the Duster simply takes matters into its hands once you shift into second gear. Clutch action on the Storme is the best; it’s ideal for stop-go traffic conditions.

RIDE AND HANDLING
Shifting to double wishbones at the front has made the Storme a much better handler. Body roll has come down a fair bit and there is less of the diving and pitching of the last car. But let’s face it, it hasn’t gone entirely. What I found particularly striking is that there has been work done on the steering’s feel and accuracy. While it’s nowhere close to any benchmarks, it’s an improvement nevertheless. Ride quality is good over most sort of bumps, but the largest and deepest ones do upset it. But it’s the high speed stability that helps it take top trumps, especially at speeds of 140 to 150 kmph.

But it’s the smaller Duster that blows both of them out of the water here. Because it is lighter, the Duster changes direction quicker and has the sort of ride quality that not only makes it best in class, but one of the best on any car sold in the country. What one may find is that it understeers a fair amount, but that makes it idiot-proof for the 99 percentile driver. Wish the steering had more feel and the brakes too, for otherwise it gets the overall dynamics spot-on.

AND SO...
Honestly, this isn’t a fair comparison, but then life and marketing men don’t make the overall scenario fair either. The Storme brings up the rear end, but makes a case for itself. It’s a far better Safari and Tata engineers can pat themselves on the back. However, a better Safari doesn’t make for a better SUV. Progress is a bit slow when you put your foot down, the lack of some features is telling and with a price tag that ranges from Rs 9.95 lakh to Rs 13.68 lakh, ex-showroom Delhi, it isn’t great value.

Mahindra’s XUV just about trounces the Safari. It’s more fun to drive, has more than enough features, is comfortable and has good performance too. It somehow doesn’t come across as being well engineered and that takes some of the sheen away. At Rs 11.7 lakh to Rs 14.27 lakh, it’s decent value and probably makes sense if you are in the market for a seven-seat SUV.

That makes the Duster our winner then. It’s smaller and probably could do with a dose of added features and some better plastics, but scratch beneath the surface and you find the Duster is more than just practical. It’s a well engineered SUV that is not only fun to drive and live with, it’s also the kind of SUV that makes for a good alternative to a sedan. While prices do vary from Rs 9.99 lakh to Rs 11.29 lakh for the 110 bhp version, you can opt for the 85 bhp version that starts at Rs 8.99 lakh, and won’t feel poorer either. Renault has really cracked it with this one.