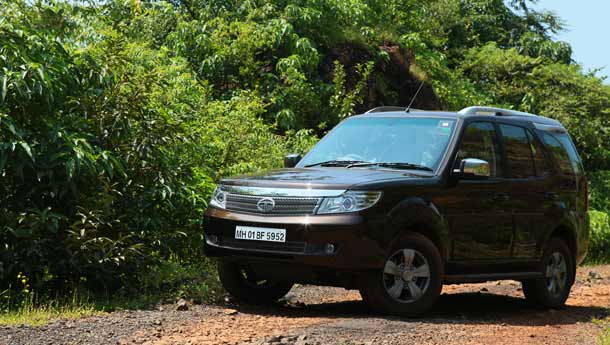 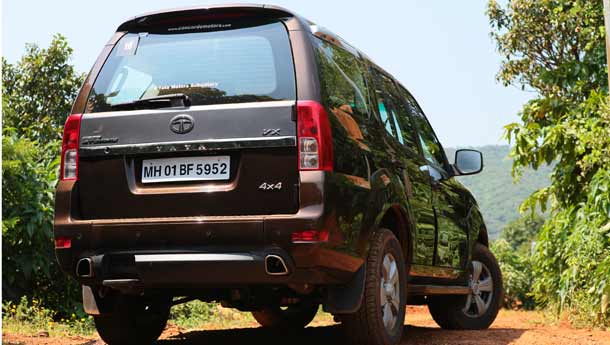 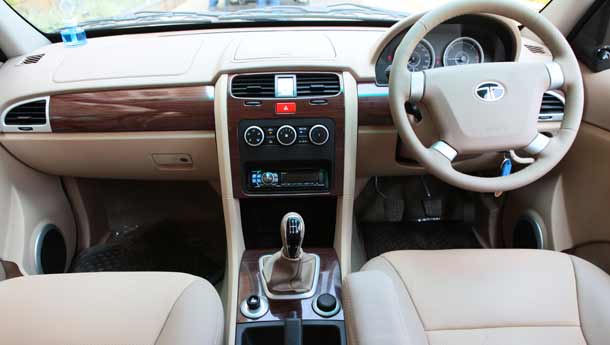 Quick, take a look at the picture and tell me: Is that the new Safari or is it? Tough question, right?

Well, it’s been 14 years since the original Tata Safari, billed as India’s first SUV, was introduced. Since then we have become a legitimate nuclear power, built an enormous network of highways, grown into a trillion-dollar economy, successfully hosted the Commonwealth Games, passed and implemented legislation for rural health, employment, education and information, become one of the top automotive producers in the world, become the fourth country to place its flag on the moon, got the heads of all powerful countries to come visiting, built a nuclear submarine, discovered (and still keep discovering) spectacular world-class scams and more. Phew.

Tata Motors too has been somewhat busy since 1998. That year, it not just launched the Safari but introduced the Indica as well, firmly entrenching itself in the passenger car business. By 2005, the one-millionth Tata car was sold and the next year it started a new relationship with Fiat. Ten years after the Indica and the Safari, Tata Motors stunned the world with the Nano, and in the same year sealed the deal to pick up Jaguar Land Rover. The last 14 years have seen Tata introduce new cars like the Vista, Manza and Aria and other variants in the Indian marketplace, becoming the third largest player in the passenger car business. But it has come to a point now that Mahindra & Mahindra would contest that — by making largely SUVs and utility vehicles.

The Safari then has always had its share of adherents. These folks loved its tall stance and appearance, the comfort and space inside, its ability to iron out bad roads and generally its go-anywhere attitude. We were impressed too. The capability of the car was never in question though it could and did receive a host of changes. But these were just evolutionary improvements and not revolutionary ones. These kept the SUV plodding along, while arch-rival Mahindra kept pulling one new SUV after another like rabbits out of a magician’s hat.   Now we have, from the maker of one of the world’s most iconic new cars, a new SUV that looks like the body double of the outgoing one. Perhaps Tata Motors was exhausted with the effort taken to engineer and sell the Nano because it seems to have taken the easy way out. Especially when you consider that below the skin, it’s brand new! The world over, car makers work hard to make succeeding models look different from the outgoing versions even if the underpinnings are the same. But here, even though the Storme borrows the new platform from the Aria, it’s a doppelganger. Did it take inspiration from Suzuki which did the same with the Swift? Suzuki pulled it off, can Tata do the same?

Sure, the Storme is not that identical to the older one. A new cheese-grater grille and headlamps bring about the biggest change (but I wonder what happens to the Tata family grille?). A power bulge on the hood conveys that there is a more powerful motor inside. At the back, the spare wheel has disappeared below the vehicle, while twin tail-pipes hint at more power on offer. The bigger changes are on the inside which has been thoroughly cleaned up. It is less cluttered now — so much so that it almost looks bare, but it’s not. The quality of the materials used has gone several notches up, while the promise of the Safari interior room has not been compromised. The seats are comfortable, but some additional under-thigh support would be welcome. To borrow from the Safari’s British SUV siblings, the Storme offers a ‘command’ driving position. This makes it easy for you to know where you are headed and where you are placing your front wheels — it’s of unparalleled help while off-roading. Yes, it comes with shift-on-the-fly 4x4 capability.

Powering the Storme is the same 2179cc inline-four turbodiesel with a variable geometry turbine that does duty in the Aria. This motor is good enough for 138 bhp at 4,000 rpm and 32.63 kgm at 1,700-2,700 rpm and it is paired to a five-speed manual transmission. Good insulation keeps the noise from intruding into the cabin, though the diesel drone is prominent outside. The strength of this motor is the driveability it offers across most regular driving conditions — the stream of torque it provides at the right power band allows you to make quick progress without having to shift gears constantly. Just as well, as the gearshift quality is a bit notchy. However despite the VGT, it bogs down at low rpm and that makes it lethargic while moving from standstill. Most of the effort of the engine seems to go into hauling this two-tonne SUV, and that’s where the nub of the Storme’s dynamics is. Despite the new chassis that underpins the Storme, it still feels just the same because of its inherent weight. If Tata engineers had managed to shave off between 100 and 200 kg, the Storme would be a different animal altogether even if it did not look all-new. It is still top-heavy and has a tendency to roll, though it is minimised to an extent. And true to its roots, it evens out most of the bad patches on the road, thus keeping passengers comfortable. Like with the Aria, the steering feel is slightly vague. It tightens up suddenly while turning or feels loose straight-on. And there is not much up-down adjustment you can do to arrive at your perfect driving position. The brakes, though effective, feel wooden to your right foot.

The Storme does not break new ground; it is a slightly more refined offering of the same Safari DNA. Its ex-showroom Delhi price of Rs 9.95 lakh for the entry-level version, going all the way up to Rs 13.66 lakh for the 4x4 VX version, makes it a bit pricey. After 14 years, one would have expected the maker of the Nano to put out a dramatically new replacement to the Safari. The Storme does not take the big leap — for that, Tata Motors needs to work harder and keep its eyes on the ball.