While the SUV war in the Indian market is heating up and there are several launches lined up for the coming year, one of the most popular Indian SUVs - the Tata Safari Storme has also got a new upgrade, in order to keep up with competition and offer something new to customers for the new year. We find out what this upgrade is all about.

Tata Motors has been upgrading its products apart from launching new ones and the Safari Storme which was launched in 2012, has now got another shot in the arm, called the Safari Storme 400. The 400 suffix means that this SUV now has an improved torque of 400Nm, which was earlier 320Nm. This is quite a substantial increase from the same 2.2-litre Varicor engine and we were eager to try out this beast. 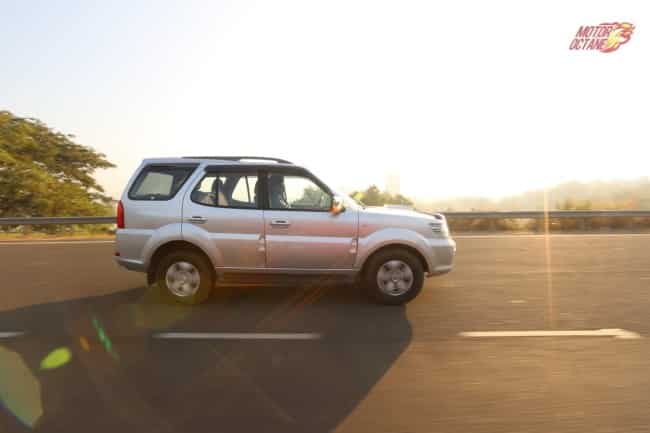 From the outside, the Safari Storme 400 is the same as the current version, however it receives some upgrades. The first thing that is immediately noticed, is the new set of DRLs (Daytime Running Lights), which are LEDs and are placed on the front bumper. From far they do look like regular rubbing strips, until they switch on and reveal the new addition in this SUV. The headlamps remain the same projector ones which are very good ones. The Storme 400 we drove had a stone deflector fitted and also a hood scoop, which gives a better presence to the vehicle. The fitment though is tacky and we later learnt that these two things are available as accessories are are not part of standard equipment. The other visual difference is the addition of a new badge, placed on both front fenders and reads Varicor 400. 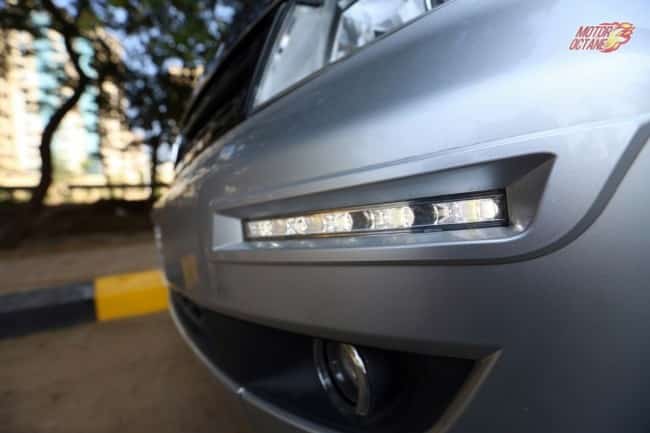 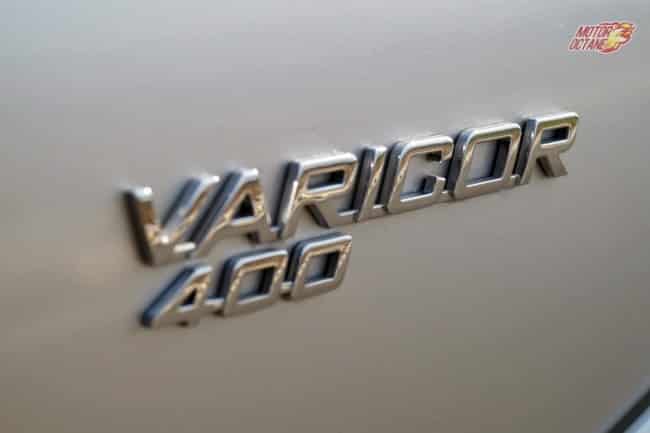 The interiors of the Storme 400 are unchanged. Just like the regular Storme, it has a Java Black interior theme with silver accents, a Harman Music system with ConnectNext technology that has bluetooth telephony, audio streaming and steering mounted controls too. The dashboard, instrument panel and steering wheel remain the same too. However, there are two USB ports placed on the rear AC vent console and are very helpful to charge devices on the go for the passengers. The SUV has rear parking sensors and on the safety front it also has dual airbags and ABS. The rear seating configuration is also the same, with the third row having two jump seats. The Safari Storme 400 gets two major upgrades - one is the increase in torque which now stands 400Nm@1750-2500rpm and also an increase in power which is now 154bhp @ 4000rpm, up from 148bhp. The second upgrade is the introduction of a new six-speed transmission. While driving, it is difficult to sense the change initially, however out on the open road, the Storme 400 behaves quite differently and the surge in torque is very noticeable. The mid-range now has a very good punch which was always desired in the Safari, especially the 4X4 version, which is heavier and thus a bit sluggish. It also seems a little quieter than the regular Safari Storme. The six-speed gearbox is also something we felt that the Safari Storme always wanted and now the vehicle feels more complete. The sixth gear helps during cruising and keeps the engine spinning just below the 2000rpm mark at a speed of 100 km/h, which means the SUV runs in a more relaxed manner. What we didn't like is the placement of the reverse gear, which is just next to the sixth cog and takes a little getting used to, for shifting. The gearbox also seemed smoother than the five-speed one. 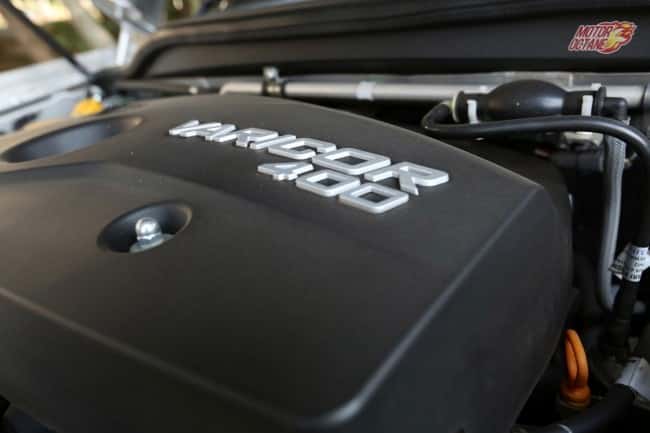 We have always loved the comfort and space that the Safari offers and the Storme 400 carries these advantages as well. The Safari Storme 400 comes only in the top-end VX trim while the other variants continue to get the regular Storme with 320Nm torque. With the Storme 400, Tata Motors have addressed the areas that needed an upgrade. This fact makes it evident that the company is listening to its customers and acting according to what the market desires. We would have preferred Tata to add some more equipment like a new multi-information display on the instrument panel. The current one is surely outdated. Also a grab rail for the co-passenger (preferably on the A-pillar) for easy ingress is sorely missed. The Safari Storme 400 is priced at INR 14.6 lakhs (on-road, Delhi) and is about INR 25,000 more than regular one. For this amount, what you mainly get is increased performance, a new gearbox and LED DRLs. With this upgrade the Safari Storme is now the most powerful SUV in its class that offers great comfort, space and a strong build as well. We feel that the Safari Storme is now an even better value for money proposition and definitely a worthy buy.