Nano GenX AMT will be the most affordable automatic in the country, sales will commence from May, 2015!

Tata has given Nano a comprehensive mid-life facelift, they have revealed the very first pictures of updated Nano on their social media page. Tata’s debutant automatic hatchback will be launched in coming weeks. 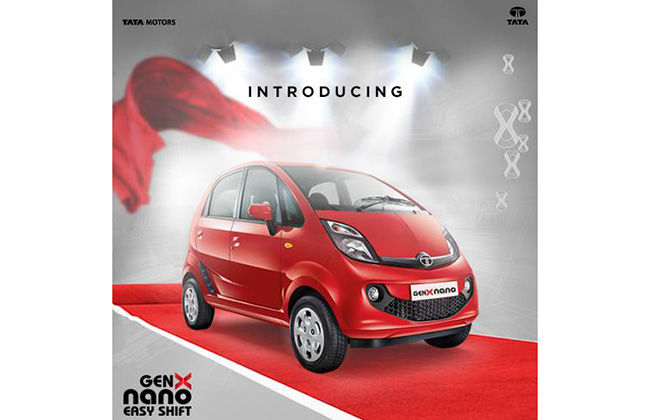 Speaking of the major change, Nano gets the AMT - Automated Manual Transmission. AMT automatic transmission are getting popular in low-cost automatic vehicles in the country and like Maruti Suzuki, Tata also wants to cash out this opportunity. With AMT transmission and power steering, Nano will be a breeze driving on crowded roads. 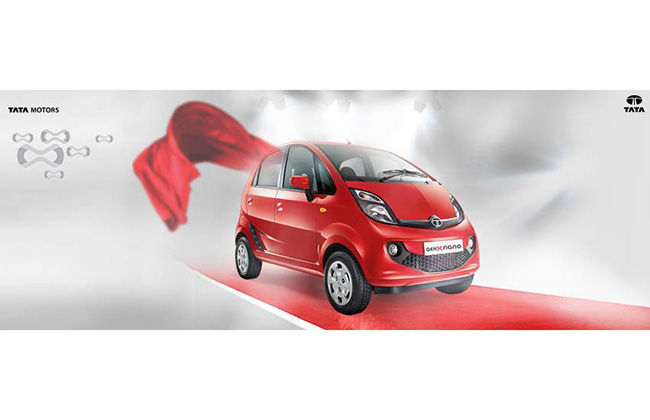 In terms of the facelift, Nano gets a new ‘smiling’ grille flanked around by fog lamps, smoked headlamps and glossy black applique with Tata logo. There are no changes to the side profile while the rear will mimic the front bumper’s design and will get an openable boot too, like they showcased at the 2014 India Auto Expo.

2015 Nano GenX AMT is pulled by the same rear-mounted 624 cc MPFI naturally aspirated petrol engine. The two cylinder motors, like before, extract 37.5 bhp and a max torque of 51 Nm. The current Nano with 4-speed manual gearbox delivers an incredible 25.35 kmpl, but with the Easy Shift- AMT, Nano is said to be giving 21.9 kmpl. Moreover, it is also getting a creep function, for the uninitiated, it helps vastly in maneuvering in city’s bumper to bumper traffic, as it starts crawling the vehicle after releasing the brakes without even using the accelerator.