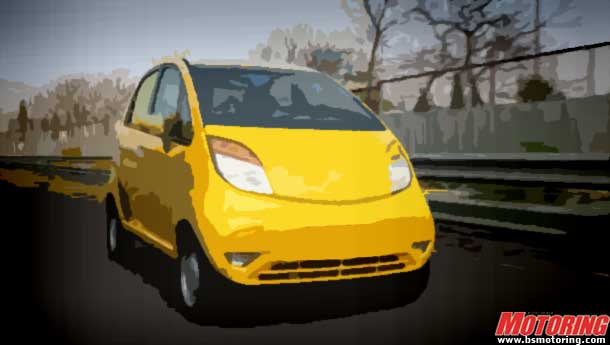 Tata Motors has an innovative plan, under which it will build upgraded versions of the Nano with larger engines and higher price tags. For Jaguar, the journey will be in the opposite direction: the marquee brand will have smaller engines and lower price tags.

Tata Motors Managing Director & CEO Carl-Peter Forster told Business Standard that the company would not be doing the Nano justice if it remains just the “world’s cheapest car” and, hence, will look at all the “natural evolutions” of the Nano, including upgrades.

“While pushing the Nano as the cheapest car, its other values have been overlooked. It is an engineering marvel; it’s spacious, fuel efficient and has an interesting price-value equation. So, we will offer a wider range of options to our customers,” said Forster.

Elaborating on a smaller Jaguar, Jaguar Land Rover (JLR) CEO Ralf Speth said price-sensitive models are necessary to attract younger buyers. The company is already working on models with 2-litre engines, instead of the current minimum 2.2 litres. These will be launched shortly, but the plan is to go down the price ladder further so that the car is available for new customer groups.

No decision has yet been taken whether these smaller Jaguar cars will be made in India. “The location isn’t important as long as we can protect the quality of brand Jaguar,” Speth said.

The plan also identifies global competitive benchmarks, which JLR has to match if not beat in terms of cost and efficiency at multiple locations around the world.

Both Jaguar and Land Rover portfolios will expand through a series of new segment entries that build on their design, performance and technology capabilities.

On the availability of the Nano in overseas markets, Forster said the company will decide by next year in which countries the car would be manufactured. “We are looking at larger developing markets except China. In some of them, we will require government support and might go with a partner,” Forster said.

Forster acknowledged that Tata Motors’ biggest challenge now is to ensure the Nano is available to those for whom it was made in the first place. The car is available today without booking and will be available off the shelf by the end of this financial year.

The company is also talking with local financiers who know customers better. “We are learning as we go. We need different ways of marketing the car for customers, some of whom have never been inside a car,” added Forster.

The company is setting up touch points in small outlets, where customers can see and feel the car and get finance at reasonable rates. Forster acknowledged that the company will have to aggressively act as a bridge between financing agencies and Nano customers.

Ruling out the possibility of putting the Tata name on Jaguar cars as unnecessary, Forster said there are numerous areas where Tata Motors and JLR can work together. These could be common technology projects for JLR at the lower end and for Tata Motors at the upper end, electrification of power-trains, low-cost sourcing of components and common engine development. While there won’t be development of common platforms, the two brands can work on common car modules.

Forster also talked about the challenges that Tata Motors faces in its relationship with European car maker Fiat in India. “We have to reintroduce the Fiat brand as a maker of excellent cars. Secondly, the quality of services that they offer has to be good. Then there are structural changes, which have to be made due to the complexity of the products they handle.”