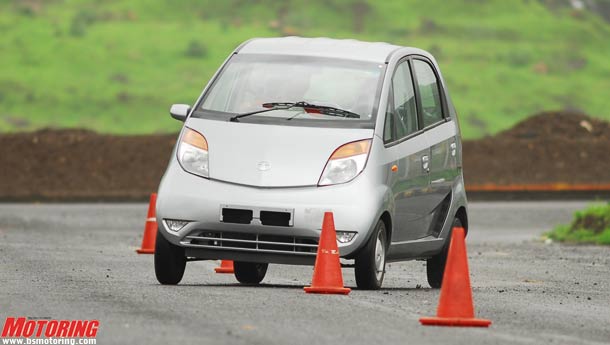 Tata Motor's Nano has been ranked last among entry level small cars in terms of customer satisfaction, according to market research firm TNS.

"The customer expectations even at the bottom end are rising. The owners of Tata Nano expect more in terms of design and Maruti 800 owners expect better servicing as the years go by," the survey said.

While Alto scored 91 points, Nano got only 70 points thus being placed last, it added.

Nano has been having issues following fire incidents with six reported cases since its launch in 2009. Tata Motors had offered to provide additional safety measures free of cost as a precautionary measure, although it claimed that the Nano is absolutely safe.

In the higher priced cars segment, the survey reflected the Indian consumers respect for value even if the price is higher.

The study pointed out that car owners in Northern India are relatively less satisfied compared to those in other parts of the country, primarily because of after sales services as the age of the car grows.

While Volkswagen's (VW) Polo and MSI's Swift together became the number one in the upper premium strata, MSI's Swift DZiRE was ranked as the numero uno in the entry-level mid-sized sedan segment.

"In a year of high growth and long queues at the automotive dealerships, auto manufacturers maintained their poise and managed their processes to keep their customers satisfied," TNS Automotive Executive Director Pradeep Saxena said.