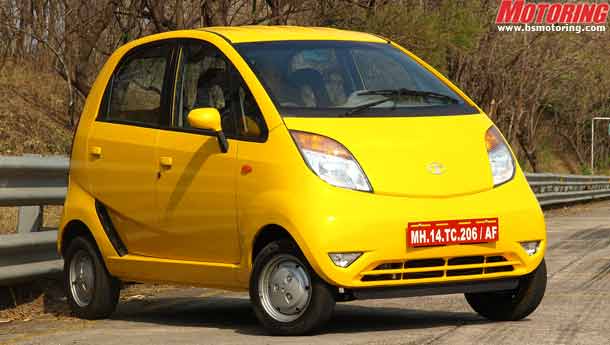 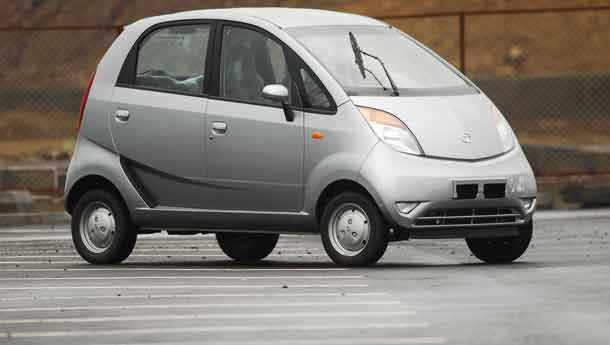 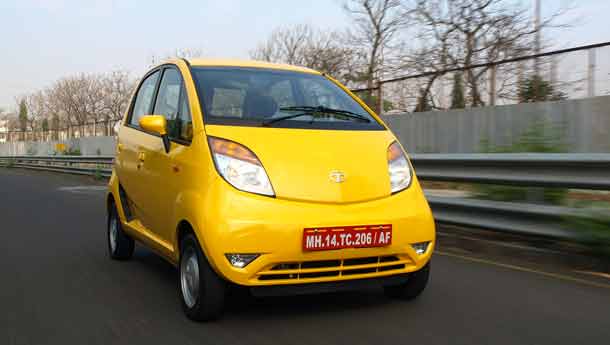 With a price tag of just Rs 1 lakh, the Nano was meant for all those Indians who wanted to drive a car but couldn’t afford to buy one. Once it’s out on the road, pundits had said, the market will explode. Every nook and cranny of the country will be crammed with the small wonder. Ratan Tata, the chairman of the Tata group, had told The McKinsey Quarterly when the Nano was being conceived that such a car could sell up to a million pieces in a year. It was a jolt of sorts for all when Tata Motors reported the sale numbers for November 2010: It had sold only 509 Nanos. The slide had actually started earlier. Nano sales had peaked at 9,000 in July and then fell to 8,103 in August, 5,520 in September and 3,065 in October. November, of course, was the lowest point for the car that was launched amid much fanfare in March 2009.

The Nano experienced hiccups even before it was born. Work at the Nano factory at Singur in West Bengal had to stop midway in October 2008, thanks to the agitation over compensation to the landowners led by the firebrand Mamata Banerjee. The company, a week later, announced that it had got land at Sanand in Gujarat for the factory. (Rivals have alleged that it came along with huge tax incentives thrown in by the state government.) Meanwhile, as a makeshift arrangement, Tata Motors began to roll out the Nano from its plant at Pantnagar in Uttarakhand. This plant is dedicated to the Ace mini-truck; the engineers said they could put together up to 50,000 Nanos in a year — not enough for open sales where customers walk into a showroom and drive out in a car. So, the company decided to go for advance bookings, which is a good way to gauge the demand and streamline production. The bookings were opened on March 23, 2009 and closed on April 25, 2009 — as many as 206,000 people applied, 100,000 were shortlisted by June, and the first delivery was made in July by Ratan Tata in Mumbai.

Moreover, it is no longer a Rs 1-lakh car. The cheapest you can buy a Nano in the country is around Rs 1.24 lakh (ex-showroom); the top variant can cost up to Rs 2.05 lakh. Spread over 60 or even more installments, the difference doesn’t add up to much. But the catchy Rs 1-lakh tag is gone, though the Nano remains the cheapest car in the world. There were also a few incidents of the car catching fire. Tata Motors, on its part, claims the fires were caused by the addition of foreign electrical equipment like music systems and air-conditioners which were not supported by the car. The company adds that internal and international experts have twice analysed the Nano in 2010 and arrived at the conclusion that the reasons for the incidents in a few Nanos are specific to the cars, and there are no generic defects. It also claims that over 80 per cent of the current Nano owners are either satisfied or very satisfied with the car. But don’t these incidents still play on the consumers’ mind? Has this caused the demand for the Nano to taper off in recent times?

On talking to a wide range of people inside the company and in the trade, it is clear that a new strategy for the Nano is now in place. To begin with, having taken into account the highly-publicised fire incidents, Tata Motors is ready with additional safety measures. “We are providing enhanced features in the exhaust system and electrical system to make the car more robust. Existing customers too can avail of the benefits at no additional cost,” says a company spokesperson. To revive confidence in the brand’s safety, Tata Motors has now put on offer a four-year or 60,000-km, whichever comes earlier, warranty for the Nano, the highest ever in the Indian automobile history. Previously, the warranty on offer was valid for 18 month. The new warranty has been extended to old Nanos as well. It is also offering an annual maintenance contract at just Rs 99 a month, which takes care of all parts except tyres and battery.

There have been other issues too. “The profile of the person who applied for the Nano was of a two-wheeler owner. Previously, the company did not have any arrangement to address this kind of a consumer and hence it was extremely difficult for the buyer to obtain finance,” says Vineet Hetamasaria of PINC research. Tata Motors executives admit that the company had no fix on the customers who had taken the booking route — there was no way to tell if they needed finance to buy the car. Thus, Tata Motor Finance, a group company, which finances a very large portion of Tata Motor’s sales, did only 10 per cent of all Nano sales in 2009.

Tata Motors has awoken to this opportunity, and wants to ensure that the Nano buyers get loans easily. Tata Motor Finance promises that it will process the loan application in just 48 hours, and there is no payment required upfront. This is much faster than automobile loans at any other bank. The company has set up quick and hassle-free financing arrangements with public sector banks, private banks, non-banking finance companies and co-operatives. “We provide 80 to 100 per cent finance for the Nano, depending on the customer’s profile. The loan usually takes nine days to process and we charge an interest of 12.5 per cent,” says the manager of an HDFC Bank branch in Kolkata.

There have been other course-corrections as well. Tata Motors, at the time of the car’s launch in 2009, had depended heavily on the media for brand promotion — the marketing plan was as unconventional as the car. The Nano was projected as the next big thing from India. This had indeed touched an emotional chord with most Indians. All the advertising campaign now needed to do was to inform people about the features. Most new cars have to bond with the buyers as well as inform them about the features; the Nano’s task was simpler. There was a heavy focus on the online media, including blogs and social-networking sites, to create a buzz about the car, especially among the youth who were seen as prime candidates for the Nano. In fact, the innovative use of the media to advertise the launch of the Nano fetched three awards at Emvies 2009 organised by the Advertising Club of Bombay. Cannes 2009, the world’s most coveted advertising awards, had conferred the Bronze Lion for Best Use of Mixed Media to the Nano launch advertising.

Life seems to have done a full circle now. Tata Motors has recently launched a television commercial, ‘Key to your happiness’, which plays on a theme that hopes to appeal to middle-class families in small towns. “In addition to semi-urban and rural audiences, the company also needs to tailor communication for multiple-car households,” notes an analyst. That could be the next challenge. Moving ahead, success will depend on how effectively the company straddles the two different consumer segments which have different needs and aspirations when buying a car.

However, despite the drop in sales in November, analysts are still positive about the future of the Nano. With the steps that the company has taken, demand will see an uptake in the next few months, they reckon. “The Nano is a good product and definitely has the potential to do well not only in India but also in the global markets,” says an analyst. Tata Motors is indeed developing special variants of the Nano for the European and US markets. The high-end models, costlier than the models sold in India, will be launched over the next two years. It is still early days, and only when open sales are launched pan-India in March 2011 will the final word on the Nano come out.