Tata Motors, Volkswagen buckle up for a joint ride 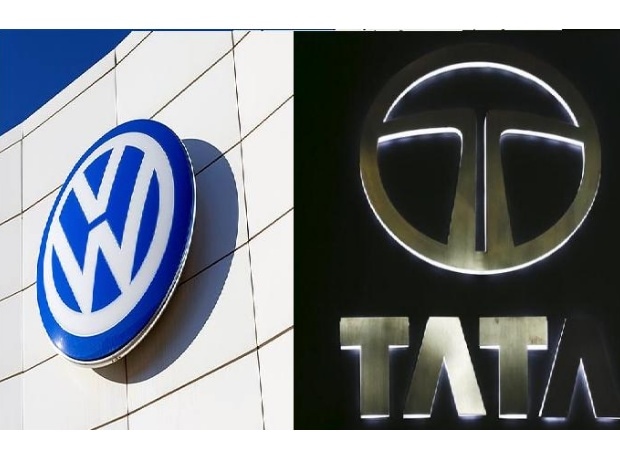 Tata Motors, the country’s largest automobile maker by revenue, will partner the world’s biggest maker in the sector, Volkswagen, and the latter’s group company, Škoda, to jointly develop vehicles, targeted at emerging markets (EMs), including India.


Tata Motors aims to launch products from this partnership in India during the 2019 calendar year. An agreement was signed between these companies on Friday in Geneva.


Neither Tata nor Germany-headquartered Volkswagen is among the top three car companies in India by market share. Tata Motors, the country’s largest commercial vehicle maker, has 5.6 per cent in the three million a year car market. Volkswagen’s share, with Škoda, is two per cent in this market, where Maruti Suzuki and Hyundai together have 65 per cent.


The partners will list the guiding principles and terms of cooperation in the coming months. “We strongly believe that both companies, by working together, can leverage from each other’s strengths to create synergies and develop smart, innovative solutions for the Indian and overseas market,” said Guenter Butschek, managing director at Tata Motors. Tata Motors says it aims to occupy the third spot in the domestic passenger vehicle market by 2019.


Currently, Mahindra & Mahindra holds this position. Tata had a tenth of the domestic market about a decade before, riding on the Indica, a car that had become synonymous with the taxi. Tata Motors also had a partnership with Italian carmaker Fiat to distribute the latter’s cars in India. That did not work and was brought to an end in 2012, six years after the partnership started.


Volkswagen regained the tag of the world’s biggest car company (in volumes) from Toyota in 2016. For Volkswagen, the alliance is part of a regional growth strategy. Currently, Europe and China are its biggest markets.


“Our aim with the envisaged strategic partnership is to lay the foundations in the group and the brands that will enable us to offer customer-oriented mobility solutions in the emerging, fast-growing automobile markets, as elsewhere. By offering the appropriate products, we intend to achieve sustainable and profitable growth in very different parts of the world,” said Matthias Müller, chief executive of Volkswagen AG. Škoda will, on behalf of Volkswagen, be driving the partnership.


The first step will be to address topics such as the application of specific market knowledge, as well as local development expertise. In the long term, Volkswagen Group is looking to further expand its product portfolio in the fast-growing EMs, the German major stated. The duo will also look at joint development of components.


Top global companies all say they realise the key role of India in their future growth strategy. India, according to various estimates, is poised to emerge as the world’s third biggest car market by 2020, with an annual volume of five million units. Top global carmakers such as GM, Ford, Toyota, Honda and Fiat have a base in this country but have only a single-digit market share. SAIC (China’s top carmaker), Korean company Kia and French company PSA are readying plans to enter India.


Japan’s Suzuki Motor Corporation, which controls Indian car market leader Maruti Suzuki, last month partnered with Japanese peer Toyota Motor Corporation to work in areas such as environmental technologies, safety technologies, information technologies, and mutual supply of products and components. India happens to be Suzuki’s biggest market and the agreement will have implications for the Indian market. R C Bhargava, chairman at Maruti Suzuki, said since the cost of developing new technologies is getting more expensive, it becomes imperative for companies to partner, so that the cost can be spread over a larger number of vehicles.