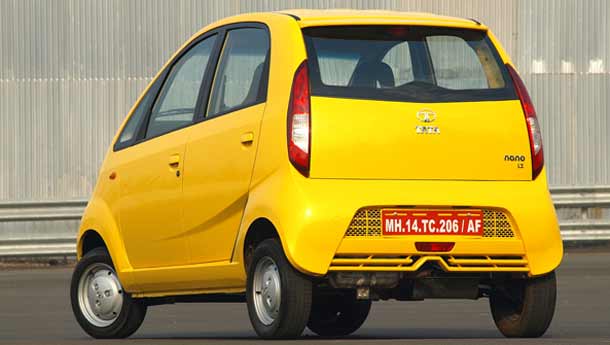 Tata Motors, India's largest auto maker, will introduce its small car Nano — considered the world's cheapest — in Nigeria within next 18 months, ahead of its planned launch in Europe.

The car would be available for about NGN 360 for the base model, same as the price in the Indian markets. The car carries a price tag of Rs 1.23 lakh to Rs 1.72 lakh (ex-showroom) in the Indian capital for three variants.

"Tata Motors will make the Nano available in Nigeria in the next one year to one and a half years," Sudeep Ray, senior official with Tata Africa Nigeria, said.

"The launching of the Nano was branded as everyman behind the wheel and will benefit Nigerians because public transport systems like metro are not available here."

Ray, however, declined to give details whether the 'cheapest' car of the world be assembled in Nigeria or it would be sold as a completely-built-unit.

A Tata Motors spokesperson from India added: "The company has said that the Tata ano can be marketed in other countries, but timelines, modes and countries are yet to be finalised."

Earlier in March, Tata Motors had showcased the European version of the Nano, which the company planned to launch by 2011.

Conceived in 2003, Tata Motors had launched the much- hyped 'cheapest' car in India on March 23 this year. The car has cost over Rs 2,000 crore to the company.