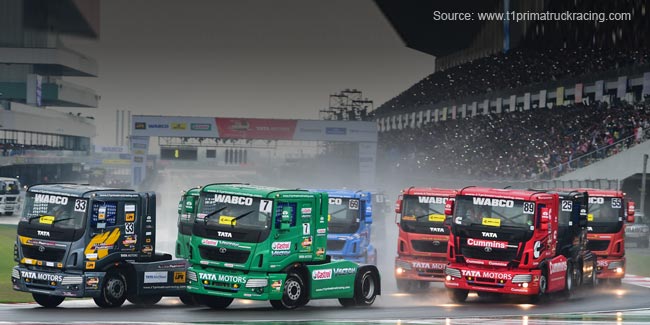 "We at Tata Motors are delighted to host season III of the T1 Prima Truck Racing Championship, a much-awaited calendar event and one of the most pioneering in the country's commercial vehicle industry and India's motorsports history. Ever since it was first introduced in 2014, T1 has proved to be a great platform to showcase the prowess of the Indian commercial vehicles industry and that of Tata Motors, and Season III presents us with a great opportunity to launch our next big initiative - Indian Race Truck drivers," Ravindra Pisharody, executive director, Commercial Vehicle Business Unit, Tata Motors, said.

With the objective of making trucking aspirational for Indian drivers and bringing them to truck racing, Season III of T1 Prima Truck Racing Championship will also feature an Indian truck driver's race for the first time.

The drivers will be selected from a pool employed with Tata Motors key customers. In all, Tata Motors will have 12 Indian truck drivers selected to race at the T1 Prima Truck Racing Championship 2016.

Organised by Madras Motor Sports Club (MMSC), the racing championship is inscribed on the calendars of FIA (Federation Internationale de l'Automobile) and FMSCI (the Federation of Motor Sports Clubs of India), making the event truly global.

On race day, there will be two race categories: