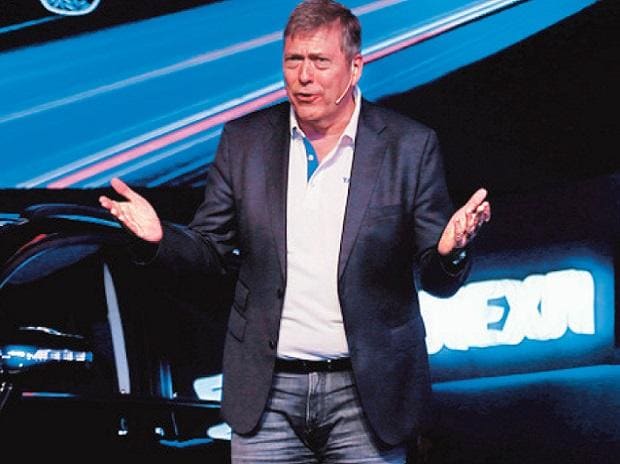 Saddled with losses in its domestic commercial and passenger vehicle business, home-grown auto major Tata Motors on Monday reiterated its turnaround plan focused on cost reduction, new products, and bringing in efficiencies in the supply chain.

The company said it would invest Rs 4,000 crore this year. Of that Rs 2,500 crore will go to the passenger vehicle business.


Calling the commercial vehicle (CV) its ‘backbone’, the company said it would invest Rs 1,500 crore in the business over the next few years.


Guenter Butschek, managing director, said the company had been “far too complacent” and this allowed competitors to grow their market share. Over the past two-three years, Tata Motors, while remaining the biggest commercial vehicle maker, has lost its market share in certain segments to rivals. The company is targeting a 5 per cent gain in market share in the CV business through a host of launches and improvement in retail, especially in micro cities.

The company has a 47.5 per cent share in the medium and heavy commercial vehicle segment while its share in light commercial vehicle segment is 38 per cent. Tata Motors Chief Financial Officer (CFO) CR Ramakrishnan said the company was targeting an improvement of more than Rs 1,500 crore in the bottom line at a standalone level. However, he refrained from specifying any timeline. Tata Motors said it would review its manufacturing footprint both for commercial and passenger vehicles to look at developing greater synergies between the plants. The company is planning to focus on fewer offerings to drive performance. It will launch 10 products in the commercial vehicle division in the coming year.


Butschek said the Tiago, the company’s small car, had been a runaway success, while the Hexa SUV had shown some momentum while struggling with competition. In the passenger vehicle business, the investment of Rs 2,500 crore will be done on the Advance Modular Platform this year to develop two products.


Tata Motors, the fifth-biggest player in the domestic car market, had earlier planned to invest in the AMP platform with German auto major Volkswagen but the deal was recently called off.


Less than two months after it envisaged a flat organisational structure without designations, the company has decided to restore the previous arrangement. The flat hierarchy system reduced reporting levels to five from 14 earlier. Tata Motors also announced a new Corporate Brand Identity — ‘Connecting Aspirations’ — representing the personality of the brand as an interconnected system of mobility solutions that are intelligent, perceptive, warm and expressive.