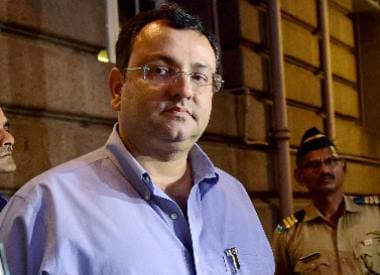 Tata Motors suffered from product portfolio, quality and service responsiveness issues besides drag from some "legacy" passenger car product lines leading to an adverse impact on the brand, according to ousted Tata Sons Chairman Cyrus Mistry.

Facing a shareholders' voting on December 22 in an EGM (Extraordinary General Meeting) called by Tata Sons to oust him as director of Tata Motors, Mistry also said the company's cash cow Jaguar Land Rover (JLR) is at a critical juncture facing "many challenges" as well as opportunities.


"Apart from product portfolio issues, Tata Motors Ltd (TML) suffered from issues relating to quality and service responsiveness, all having an adverse impact on the brand," Mistry wrote to shareholders while seeking their support.


He said the company was unable to come up with new products in a very competitive Indian passenger vehicles market.


"During the last four years, the market has become significantly competitive, with over 5 MNCs (multi-national companies) launching over 50 new products. In this time, TML has launched only 2 new products, the Bolt and Zest, which were an evolution of the past design language," he said.


Other models such as the Manza, Vista and Safari Storme were seen as only facelifts, he added.


The existing product pipeline needed a great deal of work to ensure the company had aspirational products going into the future, Mistry said.


"Lastly we had had some legacy passenger car product lines" which had a large negative contribution and suffered from large discounts in the marketplace further eroding market share and brand perception," Mistry said.


Commenting on after sales and service, he said: "Apart from the product portfolio issues, TML suffered from issues relating to quality and service responsiveness, all having an adverse impact on the Brand."


In this period, major new players strengthened their position with re-engineered products specifically designed for the Indian market, he added.


On new product line up, Mistry said the Kite 5, the Hexa and a new compact SUV (special utility vehicles) are expected to be launched in the near future.


On its Brtish arm JLR, Mistry said the company is at a critical juncture.


"The decisions taken today will decide its future resilience. The company faces many challenges, but also many opportunities. The strategy at JLR has been to achieve scale as well as minimise currency and supply chain risks by investing in new facilities," he said.