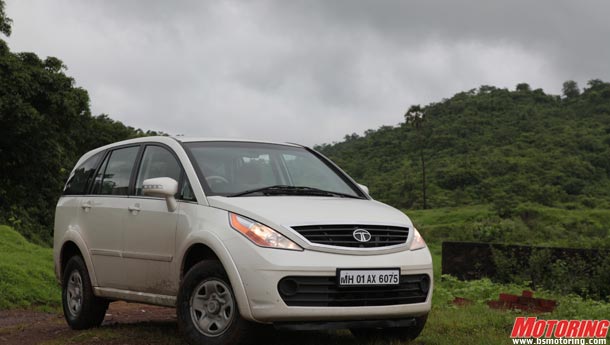 Shares of Tata Motors lost six per cent on Thursday after it disclosed that operating margins of Jaguar Land Rover (JLR) in the third quarter would be lower than in the earlier quarters of the current financial year due to the product mix and negative forex movement. The company also revised its capital expenditure for FY14 from £2 billion to £2.75 billion. Analysts say the company’s operating free cash flows would be negative in FY14 as a result of the increase in capex. Both pieces of news spooked the markets and the stock fell sharply in the morning. However, after the company’s call with analysts and a six-seven per cent decline in the stock, the market veered around to the view that the margin decline would be a third-quarter phenomenon only.

The shock factor came from the fact that the operating margin forecast for the third quarter came almost 100 basis points lower than the market’s estimate of 15.5 per cent. Effectively, the company’s earnings for FY13 will now be revised downwards. The other negative surprise has been the increase in capital expenditure in FY14 and higher borrowing by the company. Kotak Institutional Equities says operating free cash flow could be negative in FY2014 due to increase in capex in JLR, which will not result in a reduction in net debt. However, most analysts believe this is a near-term negative and that the company has a very strong product portfolio, which would continue to help drive earnings over the medium term.

According to Surjit Arora of Prabhudas Lilladher, JLR is likely to generate cash profit of £2.2 billion but the capex, along with working capital (estimated to be in the £100 million and £150 million range), would lead to negative free cash flow. The company would have to borrow to fill the gap between free operating cash flows and capex. This would lead to lower return ratios, which would drag down valuations.

Despite the near-term negative, most analysts have a “buy” rating on the stock, as the company’s operating margins would return to higher levels in the fourth quarter. Kotak expects a full ramp up of new models from the fourth quarter. Also, bookings for the new Range Rover, a high-margin product, indicate demand for new products would be robust. Even conservative estimates suggest the new Range Rover would do monthly sales of 4,000, compared to 3,500 currently. According to Religare, contribution from new launches (new RR Sport, F-Type and variants of existing models) and growing strength in the China market bodes well for the company’s volumes.