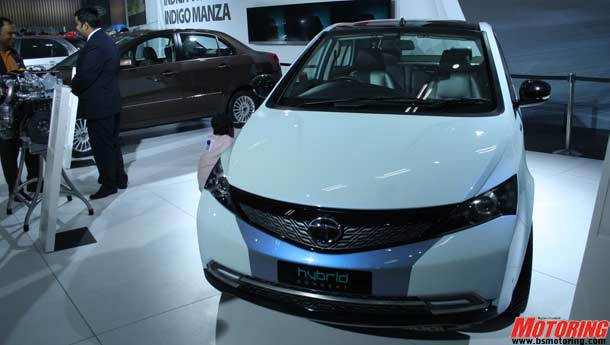 Tata Motors has surprised the market with its sales figures for December. The company sold 82,279 units in the month, clocking a 22 per cent year-on-year growth and a seven per cent month-on-month growth. What has surprised analysts is that this growth has been across segments. Passenger car sales stood out, as this segment grew 44 per cent annually. This segment has shown signs of stress from the start of this year, as Indica sales started slowing on increased competition.

Sales of the Indica range grew 57 per cent y-o-y to 9,307 units in December, on what analysts called relatively lower base. Sales of Indigo grew 32 per cent to 6,888 units. The utility vehicle range (Sumo, Safari, Aria and Venture) sales grew 90 per cent over a low base to 5,255 units. According to Standard Chartered Securities, the standalone commercial vehicle business has outperformed expectations with 19 per cent YoY growth year-to-date. The passenger car business is also showing signs of improvement.

However, optimism on the domestic business is not shared by all analysts. While CLSA has put an outperform rating on the stock, with a price target of Rs 193, the brokerage says the outlook for India business is weaker, but is less of a concern, since Jaguar Land Rover accounts for 85 per cent of consolidated profits. CLSA is factoring in no growth for medium and heavy commercial vehicles and cars, amidst a slowing domestic economy. “We are more positive on LCVs, given easing capacity constraints on ‘Ace’ and launch of a new LCV platform in FY13,” it says.

Most brokerages are bullish on the stock, as demand for premium cars has held up in the developed world. The Western markets account for 60 per cent of JLR sales. Analysts expect US premium auto sales to grow at six per cent in calendar 2012. Even after excluding the recently launched ‘Evoque’, JLR’s sales volumes were up five per cent annually in the first nine months of FY12. Analysts also expect JLR’s Ebitda to sustain at 15 per cent. The weakness in the British pound and a stronger dollar will benefit the company, as it sells cars mostly priced in dollars and buys a substantial portion of materials in euro. So, when the pound weakens against the dollar, and the euro weakens against the pound, JLR benefits. This will boost third-quarter earnings.