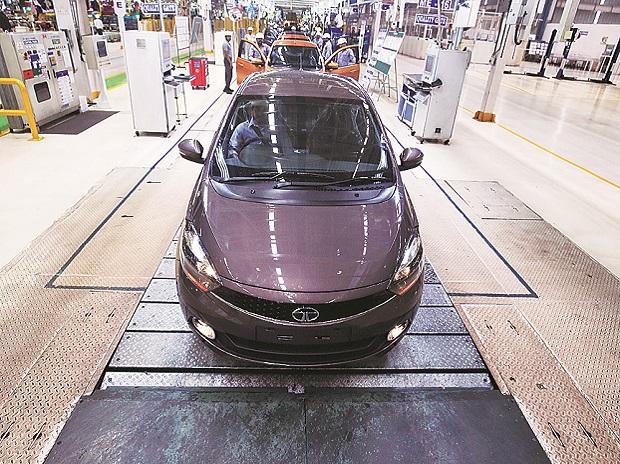 Auto major Tata Motors is planning a large-scale overhaul of its sales network across the country over the next one year as it prepares to bring in new products, including premium SUV Harrier, a top company official Tuesday said.

The company, which plans to have all its future products on just two platforms -- Omega and Alpha, currently has around 790 dealerships across the country.

"We acknowledge that our showrooms and workshops need complete overhauling and accordingly we have hired a global consulting agency to look into upgrading all our showrooms," Tata Motors President Passenger Vehicles Business Unit Mayank Pareek told PTI in an interview.

The work on upgrading the showrooms starts from next month and would go on for at least one year, he added.

It would include bringing in new technologies, enhancing ambience and workforce across the dealerships, he added.

"We have decided to have wi-fi in all the showrooms. There should be lounge where you can come and sit and not just necessarily buy a car," Pareek said.

Similarly, the company is upgrading its workshops and is in the process of hiring over 800 sales executives just for Harrier, which is set for launch in January.

Tata Motors is also looking to more than double the number of its dealerships by the end of financial year 2021-22, with half of the number expected to be based on virtual experience.

"We plan to have 2,000 dealerships by 2021-22 and these will not be all brick and mortar (showrooms). We are going to use digital technology specially with 4G and 5G, which is expected to come," Pareek said.

It is possible to utilise augmented reality and virtual reality platforms to create showrooms experience, he added.

When asked if the company would phase out older models like Safari, going ahead with the company deciding to have all its products on just two platforms, Pareek said, "Slowly some of them will go. Honestly it is a natural thing to do. How long can you sustain a product"?

"And also, it would be very difficult to upgrade some of these products with new norms coming in...We have decided all our new product would be on two new platforms," he added.

Tata Motors has already phased out models like Indica, Indigo, Manza and Vista.

"The Indian market is maturing so we need new products. So we will come with new products," Pareek said adding that the process is a trade-off whether "you invest in existing products" or you do new products.

"We want to have a new showroom with all new-looking cars," he noted.

On electric cars, Pareek said that all future Tata Motors products would be electric ready.

Currently, four of its products -- Tiago, Tigor, Bolt and Zest have design capability allowing them to be converted them into electric vehicles.

When asked if the company plans go for a price hike, Pareek said the company is in the process of working out the quantum.

"We are in a double jeopardy. On one hand, input costs have gone up, and secondly sales have been declining. We want to grow on a sustainable basis. Because of this we will have to take a call on this in the second half of this month," he added.