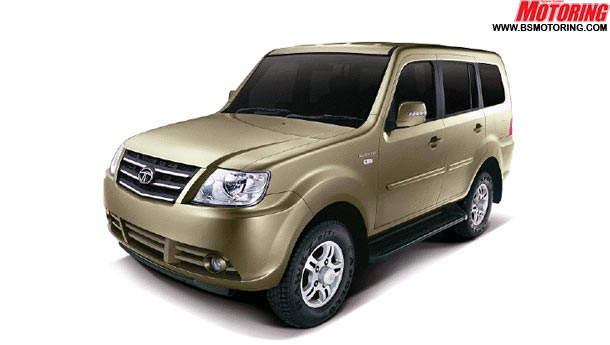 At present, Tata Motors has a market pie of about eight per cent in UP, while its share in the Lucknow market stands higher at 14 per cent.

“With Sumo Grande MK II, we hope to increase our share in UP by 2-3 per cent in the near future,” Tata Motors senior vice president S Krishnan told Business Standard.

Besides the Sumo, Tata also has Safari and its variants in the utility vehicle portfolio.

The utility vehicle market in UP, dominated by Mahindra & Mahindra with flagship Scorpio and Xylo models, is pegged at about 24,000 vehicles annually, and is growing rapidly.

“Following the launch of Grande last year, we had received customer feedback on the vehicle, which we have incorporated in Grande MK II besides several other features,” he informed.

Grande MK II comes with substantial changes in the exteriors and interiors of the vehicle. It is available in three new colours – walnut gold, platinum beige and castle grey.

It comes in 3 variants – top of the line Gx, Ex and Lx with seating capacities ranging between seven and nine. In Lucknow, it is priced between Rs 6.57 lakh and Rs 7.65 lakh (ex-showroom).